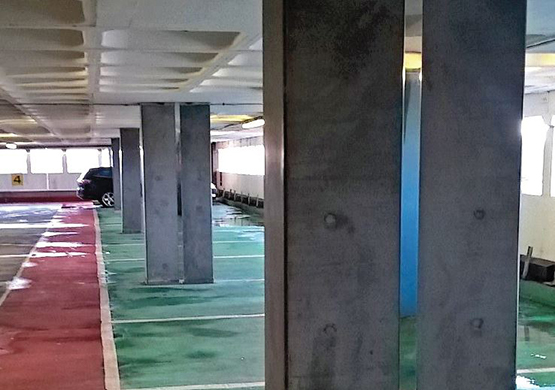 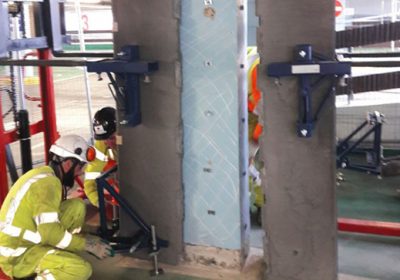 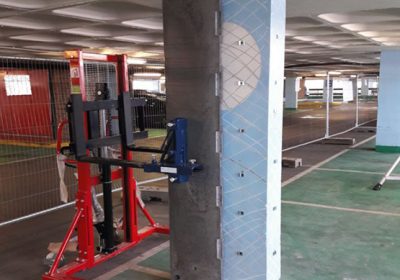 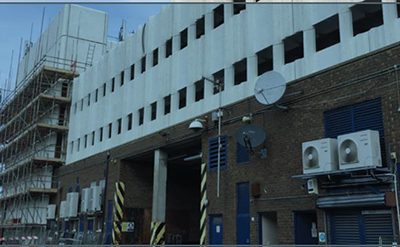 An £85 million redevelopment of the Arndale Shopping Centre in Eastbourne included an additional 22 retail units, seven restaurant units, a multiscreen cinema and a significant extension to the multi-storey car park. A two-storey extension to the existing multi-storey car park was planned as part of the redevelopment. The existing concrete columns of the car park had to be strengthened in order to carry the additional loads.

Traditional methods of reinforcement were considered in the initial stages of the project, which would have included traditional jacketing, propping, partial demolition and installation of new in-situ concrete. This would have meant partial, if not complete closure of the MSCP at times, and would have resulted in a 47 week programme.

Freyssinet was instructed to carry out the full design, supply and installation of column strengthening to 84 columns in the MSCP. By utilising its innovative ExoLeaf™ system – an Ultra-High Performance Concrete (UHPC) in pre-cast form, Freyssinet was able to reduce the 47 week programme down to just 15 weeks, which included work on a number of special columns. As a result, the car park stayed open to the public for the majority of the works, which was crucial in the lead up to the Christmas period. Had traditional methods been adopted, this may not have been possible.

The ExoLeaf™ system can be developed as pre-cast, cast in-situ or even sprayed, and as such it can be adapted to a wide range of applications and site conditions. The use of the high performance Ductal® UHPC material (Lafarge Holcim) was a particularly effective solution on this project where disruptions to the structure needed to be minimised.

The expertise of Freyssinet in design and installation, combined with knowledge of Thorp Precast led to an excellent result serving all of the Client’s needs: safety, speed, aesthetics and quality.

It is important to avoid noise and vibration disturbance to surrounding neighbours and the local community. Noise and dust are major causes of complaint, as well as being an occupational health hazard. Minimising the impact of pollution also helps to protect the natural environment.