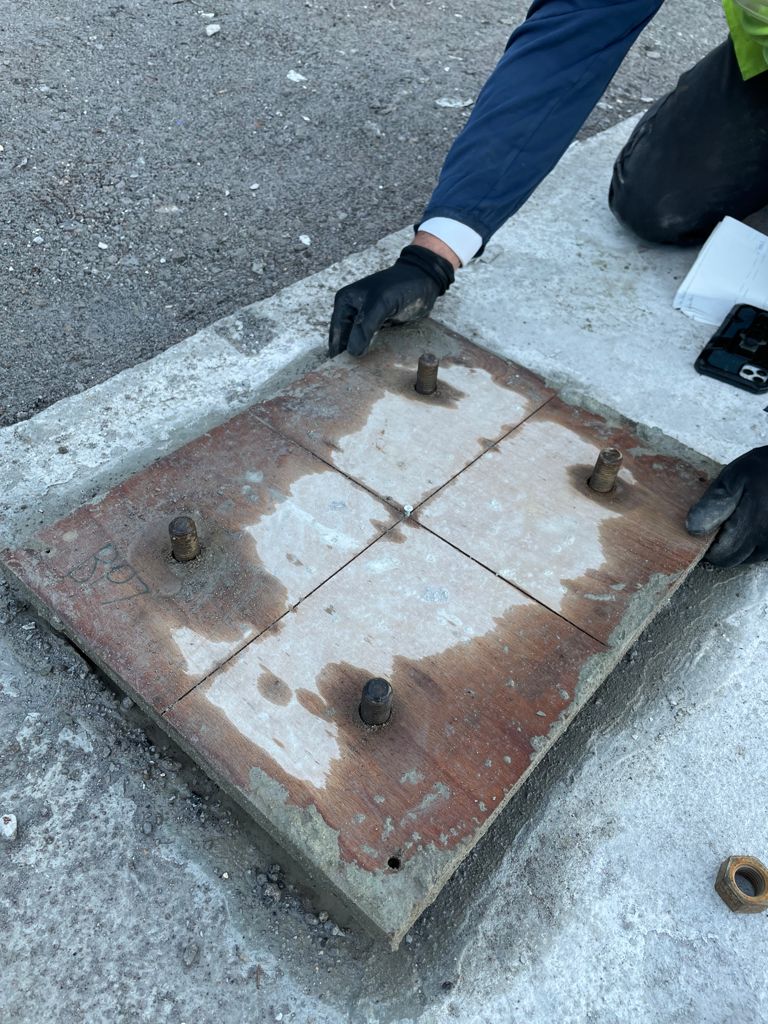 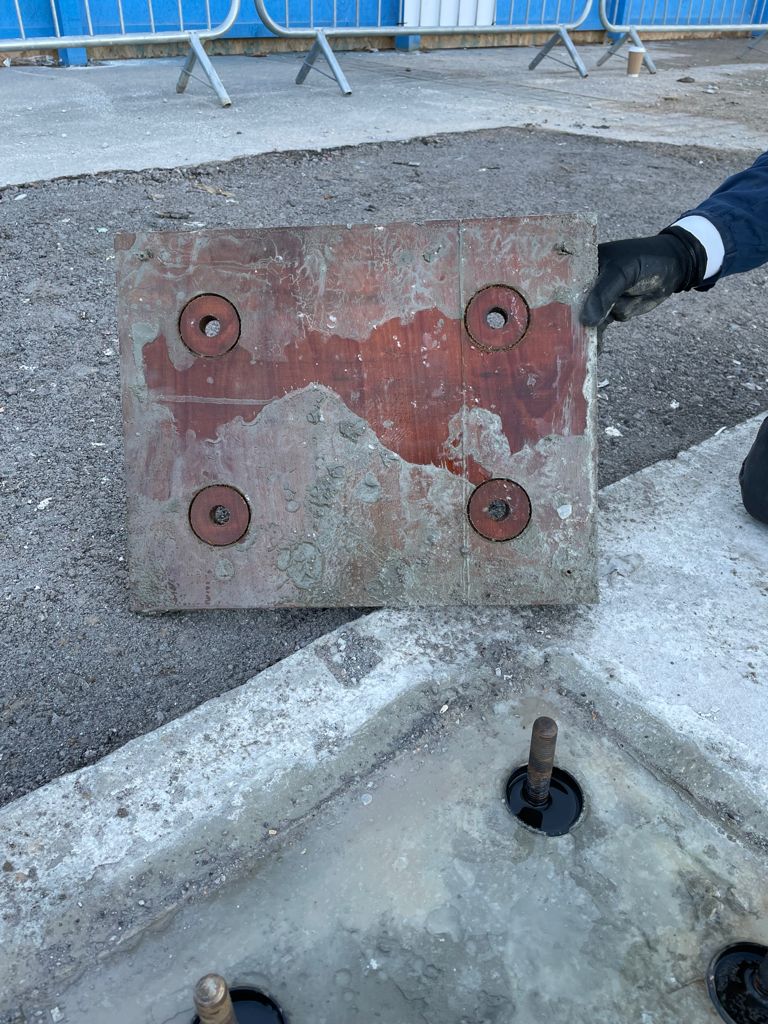 This contractor has decided to moved away from the traditional wax cones used for casting bolt boxes as they have a tendency to get crushed in areas of heavy steel reinforcement within the foundations, and this can lead to lack of movement on the bolt which can create problems when it come to erecting the steel frame.

They moved to a 68mm section of downpipe, they still form the timber bolt box template in the same manner, however on the underside they used a hole cutter to score into the surface of the timber, centered over the bolt hole so that the tubing would be located in position and unable to moved once tightened up with the bolt and washer, this created a more rigid bolt box which whilst being cast in situ is unable to move or be damaged.

They also reviewed the damage which can also be caused to the bolts projecting above foundation during this process, as these often get covered in concrete which is difficult to get off if not done straight away, and there is the potential for the thread itself to be damaged. They used varying sizes of waste pipe and electrical conduit, dependent on the bolt diameter, these were placed over the washer and then secured with the nut to encapsulate the thread section of the bolt, it still allowed them to tighten the bolt boxes so there is no movement, but gave full protection to the projecting thread section.

After casting the foundations, the bolt boxes were released in the usual process, the section of downpipe stays with the cast foundation so there is no time lost attempting to remove them as done with the cones, resulting in a clean hole with free movement on the bolts.