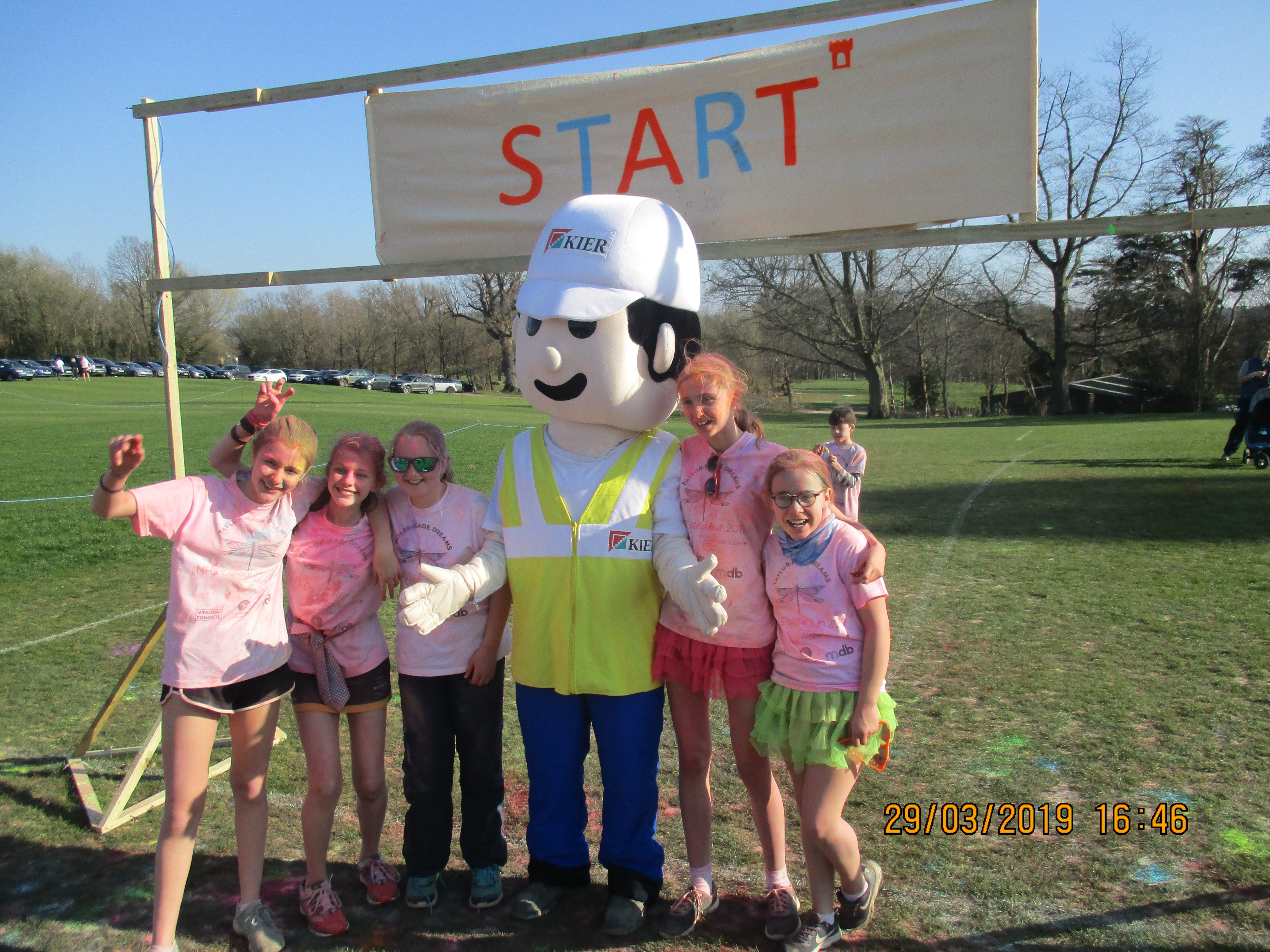 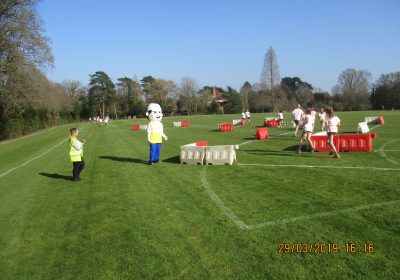 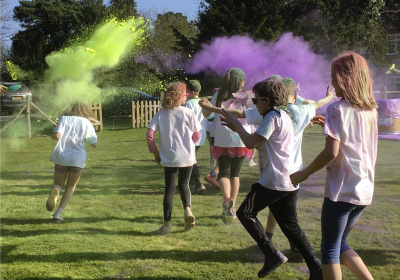 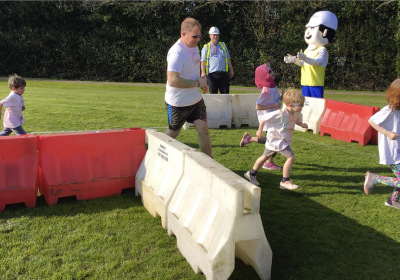 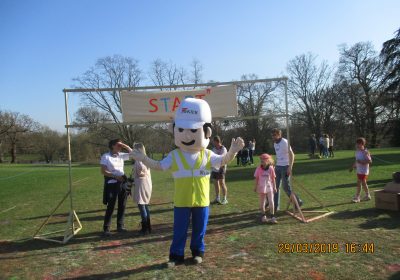 After showing interest to get involved with any upcoming events during our 16 weeks’ constructing on the school’s property, we were approached by the school staff and asked if we would be interested in supporting a charity event which was to be held on the last day of Spring Term. We jumped at the chance to be involved and worked with the staff to come up with ideas, and it was suggested that we could provide some obstacles for the event route. We provided red and white barriers to create a ‘Kier chicane’ between paint stations. Of course we thought it would be fun to have an appearance from our own mascot, ‘Kieran’, who would cheer on the participants along the Kier chicane stretch and congratulate the finishers!

Almost every child in the school and their families were there to raise money for Taylor-Made Dreams, the school’s chosen charity. The participants gathered at the start line after a warm up and on ‘Go’, the initial colour explosion at the start of the race was fantastic as the air was filled with multi-colour powder, which brought joy to everyone in attendance.

Then they were off, in succession the Seniors, Middle School and the Pre-Prep began their 2km fun-run, which snaked around the schools beautiful grounds. The participants ran through various paint stations, where parents and staff volunteers threw more colours at the runners. There were a few obstacles along the way to make it even more fun and the route finished with a climb up hill to the bubble station.

Once finished, the children all lined the route to support the rest of the runners coming in, it was a lovely sight to see. Everyone made it around the route and finished it in multi-coloured style!