Shadwell ward, in the London Borough of Tower Hamlets, is located within a stone’s throw of the Rotherhithe Tunnel under the River Thames, linking Limehouse and Bekesbourne Street in east London to Southwark in south London.

The demographic of Shadwell ward is of interest and has influenced the project’s community engagement. With a higher than average population density in Shadwell ward (according to the 2011 Census), and 52% of the ward’s population being of Bangladeshi origin (many of whom do not speak English), it became evident that in order to engage with the local residents, communications would need to offer a translation service and Bengali strap lines on important project information.

The regular works updates that are issued to all residents and businesses in the Bekesbourne Street locality are sent in envelopes with Bengali straplines as shown above, and also offered a translation service.

At the regular drop-in events that are held for residents to find out more about the construction work that is underway, the signing-in sheets are in both languages, English and Bengali.

View all entries by Dawn Blair 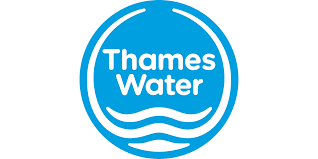