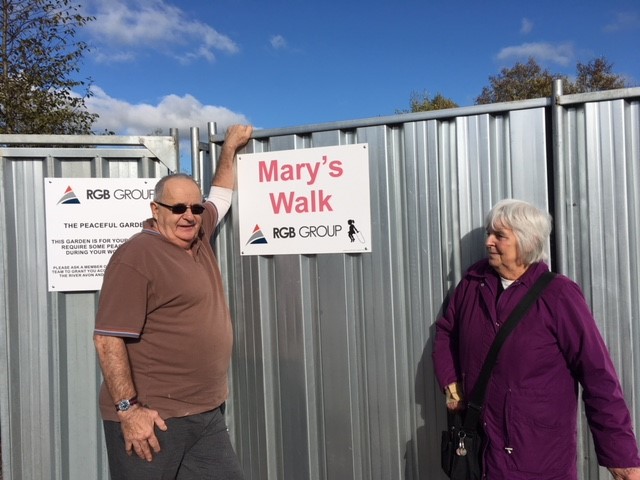 As part of RGB Group’s commitment to the Considerate Constructors Scheme and community engagement values, we have developed a conservation and contemplation area within the boundaries of our project at Roseberry Place, Bath.

We have continued the excellent works initially started by Sanctus Group and developed the area from there. This area has a Hedgehog Hotel, Bat Roost and a commemorative bench kindly loaned to the Bath site team by Mick Beech of RGB Group.

The area has been called ‘Mary’s Walk’, in memory of those who died during the Bath Blitz of World War Two. We worked with a local historian, whose family (including his little sister Mary) died in a bomb strike on an air raid shelter which was located on the current site. On the 75th anniversary of the bombing a service was held on site to remember all those who lost their lives there.

While working on site we unearthed artefacts under the houses of former residents, which we entrusted to the local historian.