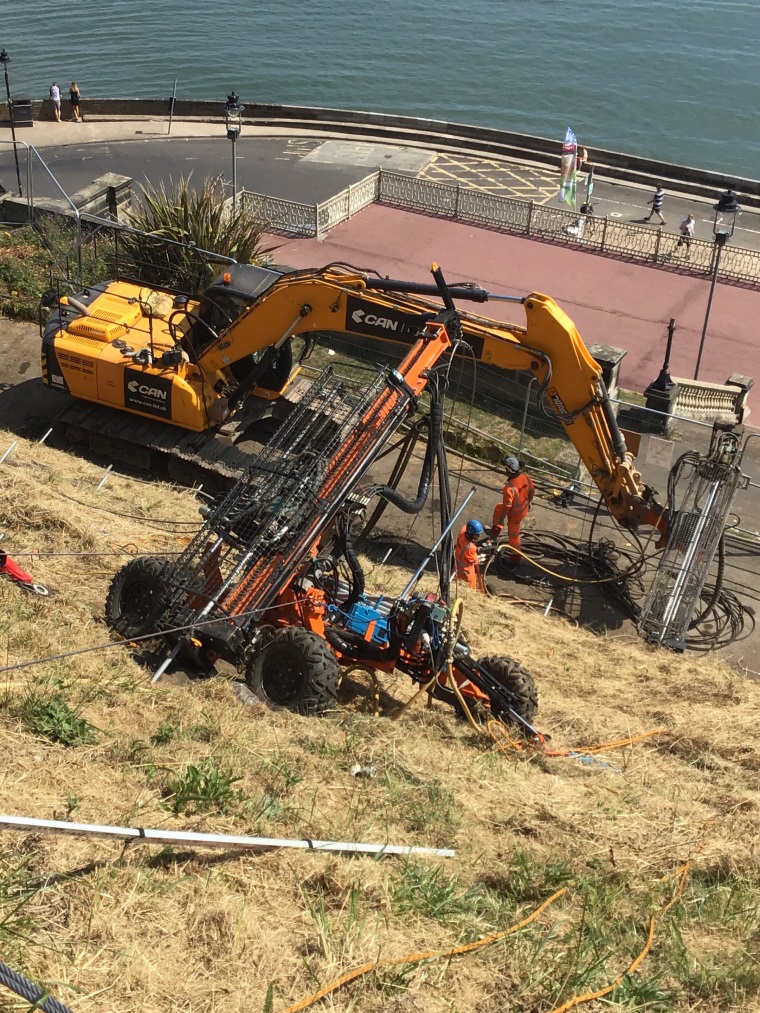 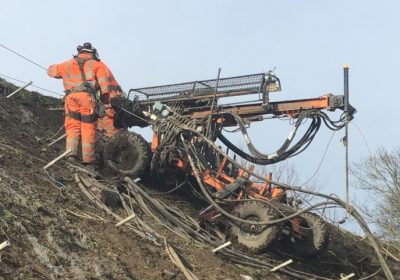 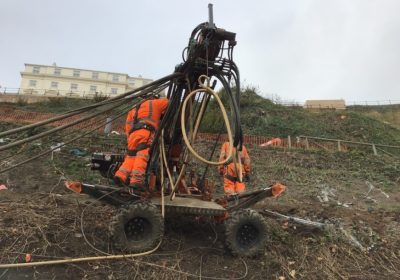 Back in February 2018, CAN Site Manager Wayne Whillis and Project Manager Hazel Farnell made a site visit to the project in Scarborough. During the visit, Wayne raised some concerns that the drilling equipment CAN were currently using could be improved to make moving drills around all the different slopes much easier and safer for operatives, as it was such a big, steep site, with some very awkward locations to gain access to.

After the visit, Wayne worked closely with an in-house designer and the Managing Director to come up with the new slope rigs. After a few months of designing and manufacturing at the workshops in Chesterfield, CAN have created something we hoped would make life so much easier for our operatives on site using the kit.

Once we got the job started, the first trial slope rig arrived on site and we started using it mid-July 2018. It was a major improvement to the drill rigs we were using at the time, but we felt it still could be improved. Our plant engineer had a day out on site and made some minor adjustments to the slope rig, which made operatives jobs that bit easier again.

Following these changes we had two more slope rigs manufactured and sent to Scarborough by early September and all three were in use until March 2019. CAN as a business will now continue to use the innovative slope rigs throughout the business nationwide.

The main changes from old existing drill rigs were: