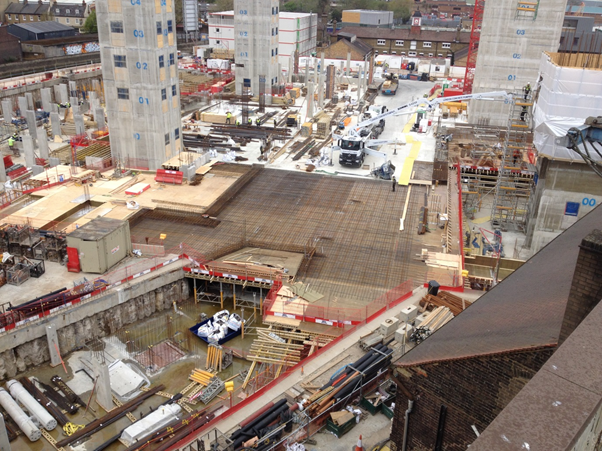 On site at the first of the three phases of Ram Quarter, Ardmore is constructing 324 new apartments as well as restoring the iconic heritage buildings within the former Ram Brewery complex – which will house a new brewing museum and craft-brewery.

There has been a brewery on-site since Tudor times, initially founded in 1533 and most recently associated with Young’s and Co, who took over in 1831. Young’s then brewed ale at the development until the site was sold to current developers Greenland Group in 2006.

Former Young’s brewer John Hatch now brews ale in a micro-brewery within a retained part of the site on behalf of Greenland, safeguarding the development’s historical claim to being Britain’s ‘longest continuously brewing site’. The integration with the heritage of the site has been critically important in the development of Ram Quarter, as well as to the local community and historical interest groups.

John brews at least one batch a week, until a recent fault with a vitally important fan threatened to call last orders on the brewery’s continuous service.

Initially, Ardmore’s technicians attempted to fix the 25 year old fan before it became clear that it was well beyond repair.

To save the brewery’s remarkable historic record Ardmore rigged up a temporary solution using a 110 volt fan and “the most ingenious use of a traffic cone” that master brewer John Hatch had ever encountered, allowing John to complete his weekly brew.

With a temporary fix in place, Ardmore was able to source and install a permanent replacement fan for the Brewery, ensuring that the record stays in place for longer still.

Taking a brief break from brewing, John took the time to thank Ardmore and its staff, noting:

“Your efforts have enabled ‘Britain’s Longest Continuously Brewing Site’ to continue for a little longer and I am immensely grateful – as will be all my followers and supporters.  I am quite amazed that your staff found an exact fit replacement as, when we tried in earnest several years ago, we came up with nothing! Many thanks once again, Ardmore’s contribution to my brewing efforts has been first rate.”

Entries by this author 10

View all entries by Eillish Kwai