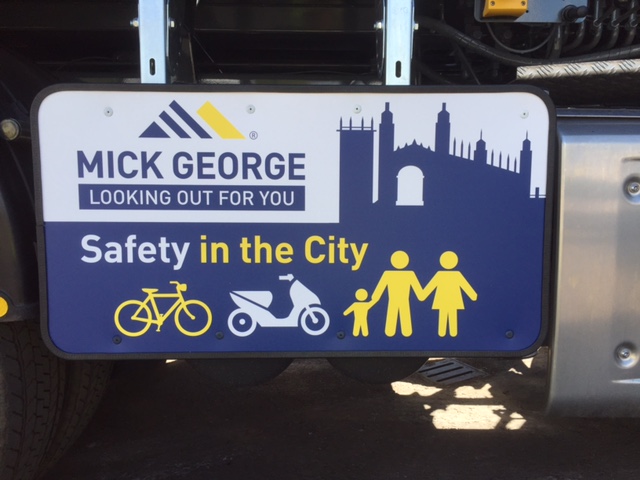 Already rolling out various safety features as standard practice to their current fleet of vehicles, Mick George Ltd has now taken it one step further after investing in a fleet of new ‘Econic’ vehicles.

The unique design is thought to be the next generation in Haulier transport thanks to special features not included on traditional trucks in the construction industry.

The design quite literally puts drivers on a level playing field with other road users, pedestrians and cyclists. The lower seating position and panoramic views offered from the extended window space and fully glazed doors are advantageous when navigating through busy or complex city routes.

In addition to the 90% increase in visibility, the benefits don’t end there. Improved fuel consumption, technical specification and ergonomic design make it far more environmentally friendly and pleasant on the eye.

A large proportion of the work undertaken by the company is completed in urban areas, forming many high profile partnerships such as that recently announced with the University of Cambridge.

The commitment shown to community safety initiatives such as this has been a vital factor for the award of agreements to that stature, in addition to the high service level provided by the company.

Entries by this author 3

View all entries by Sean Feeley