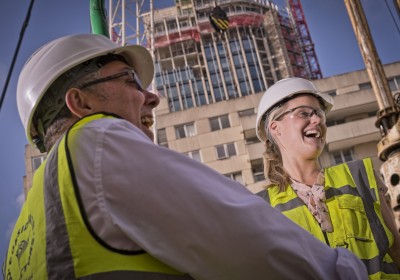 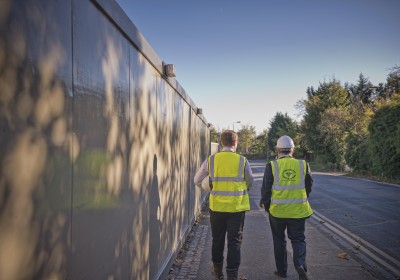 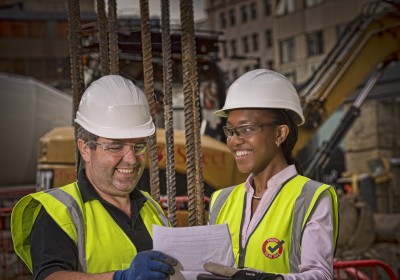 In October 2014, the Scheme’s campaign focused on the inappropriate, offensive and foul language sometimes used in the construction industry and how it could cause offence to both those working on site and anyone passing-by.

It has been found that in 2014, over 500 construction professionals, revealed that sexist, racist, and homophobic language is not simply still a problem on sites and in the construction industry as a whole, but is unfortunately still quite prevalent.

The Scheme responded with its own campaign, ‘Spotlight on… language’ by identifying legislation addressing the issue, current awareness campaigns and examples of best practice achieved within the industry in the UK. Since its release, there have been new initiatives, resources and information that can further help tackle the issue.

Gay, Lesbian & Straight Education Network (GLSEN) has launched additional awareness campaigns as well as ‘ThinkB4YouSpeak‘, which was covered previously in Spotlight on… language. ‘Day of Silence’ was also launched on 15th April 2016 with hundreds of thousands of students across the world taking a vow of silence. The aim is to support a quiet but powerful stand to raises awareness about the silencing effect of anti-LGBT bullying, harassment and discrimination.

‘No Name-Calling Week‘ is organised to run from January 20-24 2020. This campaign aims to raise awareness and support safer schools, free of name-calling and bullying. Finally, GLSEN has produced a ‘Safe Space Kit‘ which comes with a full range of resources that an educator requires to create a safe and positive learning environment.

The National Centre for Diversity has released a short article on ‘Three Reasons Why We Need Better Diversity in the Construction Industry’. The article delves into how essential it is for organisations and individuals in the construction industry to truly embrace equality, diversity and inclusion.

The organisation also took part in the Construction News Awards 2016 as part of the judging team. This provided an excellent opportunity to witness just how the industry is  waking up to the importance of improving their equality, diversity and inclusion practices.

The Construction Industry Training Board (CITB) have released a short and concise document recommended for site managers in order to deliver toolbox talks. ‘Fairness, Inclusion and Respect: Acceptable Language’ outlines what exactly is inappropriate language, the effects and how it relates to fairness and respect.

Entries by this author 125

A respectful, fair and non-discriminatory management approach is needed if the industry is to attract a skilled and well-motivated workforce. In order to help close the industry’s increasing skills shortage, it has to be able to attract the under-represented sections of the working population and address changing demographics. The workforce will generally be more productive and content, if they feel valued, involved and respected.