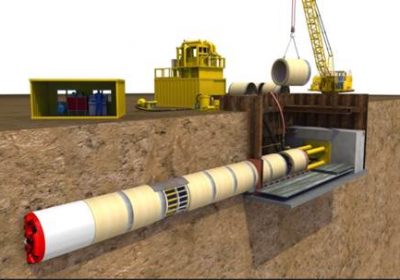 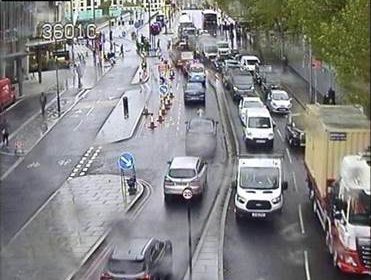 TfL is the highway authority for London’s busiest main roads, and part of its role is to manage the safe and efficient movement of traffic whilst reducing congestion and the associated pollution, which causes of approximately 12,000 premature deaths in London each year.

TfL also recognises the role of transport in improving health which is reflected in our strategic goals and business plans. The walking, cycling and commuting via public transport (active travel) that Londoners do as part of their everyday routine, can deliver economic and social benefits by keeping people active and healthy. It is therefore important we all ensure road users are fully considered during traffic management design which should include project objectives that:

A development required utility diversion works to facilitate construction at a site on Blackfriars Road in Southwark. Original proposals were to excavate across a four lane carriageway, two-way cycle track and adjacent footways with an expected works programme of over four months to complete.

Blackfriars Road is a main route carrying approximately 2,000 vehicles an hour, five key bus routes, over 3,000 cyclists during peak hours and helps move the thousands of pedestrians that use the route as part of their commute or daily activities.

TfL, City of London, the development manager, development project manager and a specialist utility consultant, Source worked together to investigate alternative work methods that could mitigate the severe impacts expected. After multiple meetings it was decided to use a method called pipe jacking.

Pipe jacking involved tunnelling under Blackfriars Road between two shafts, one located in a side road and the other within the site boundary. Sections of tunnel constructed in concrete were individually pushed into position by a hydraulic jack. Once completed, the utilities can be pulled through the tunnel and into position.

Tunnelling works were completed in April 2019 and by undertaking this method, there has been no requirement to excavate the main road. This intervention has supplied savings of 16 weeks from no highway incursion, no impact on the cycle track, footways and general traffic.

Entries by this author 43