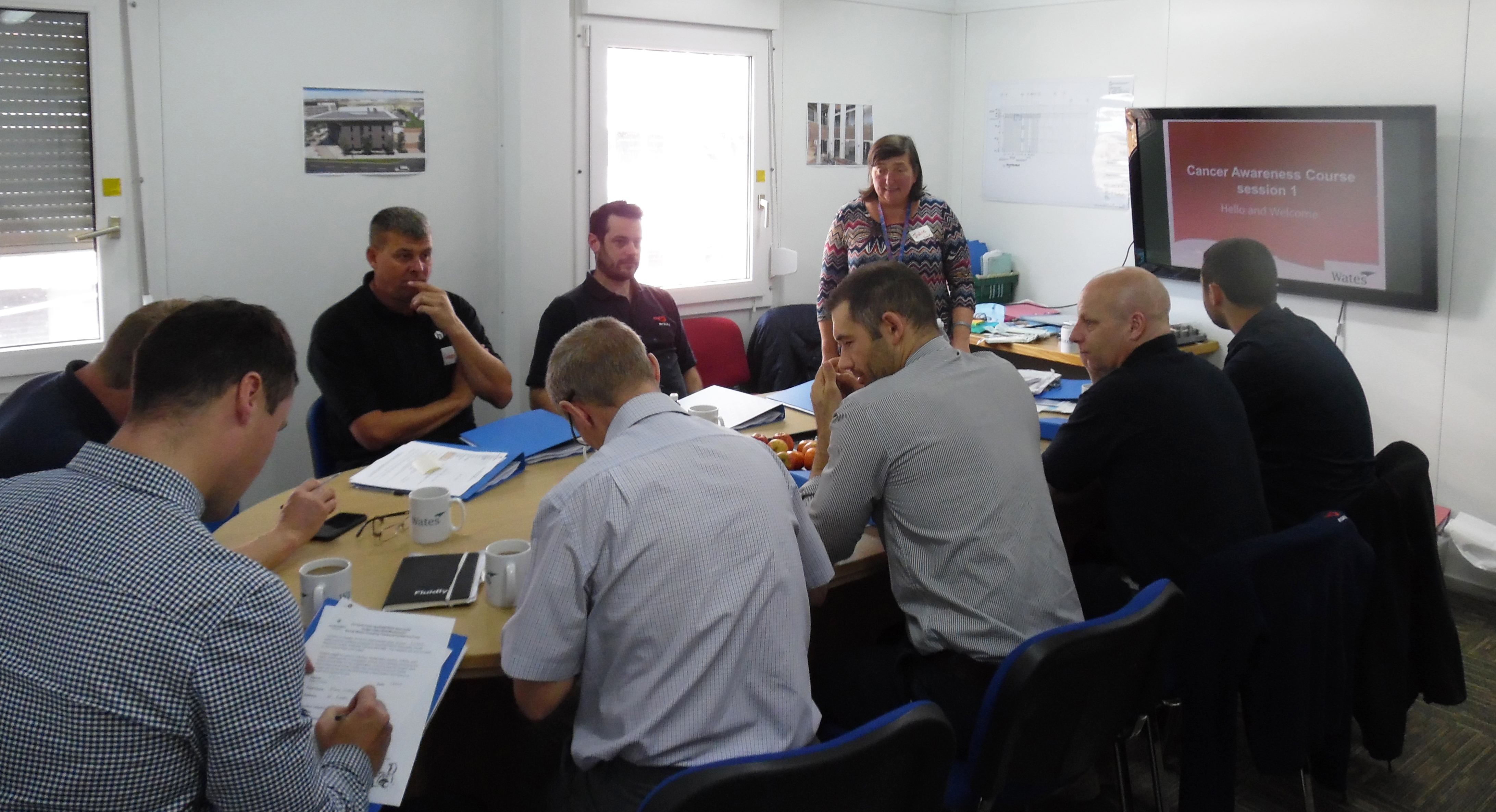 In the construction industry, approximately 3,700 cancer cases arise as a result of exposure to carcinogens. Construction dust is one of the five top causes of occupational cancer highlighted by the ‘No Time to Lose’ campaign, the others are: diesel engine exhaust emissions, solar radiation, asbestos and shift work, all commonly found on many sites.

Construction workers are at risk of a number of cancers including those affecting the skin, lungs, bladder and stomach. The Scheme’s ‘Spotlight on…occupational cancers’ campaign looks at the subject in full.

Engagement with health services is essential if cancers are to be detected and treated at the earliest possible stage, when the outcomes are most favourable. However, many people are reluctant to consult a doctor, are unaware of symptoms or, for complex reasons, do not participate in national screening campaigns.

Wates Build Manager David Armstrong was diagnosed with cancer while working at the New Horizons Research Centre development at Teeside University. Determined to increase understanding of the disease among his colleagues, family and friends Nick White, the project manager, and David arranged a cancer champion training day on site involving a number of Wates’ staff and managers from the supply chain. This was an industry first.

Newcastle-based HealthWORKS, which works with local communities to improve their health and wellbeing, is highly respected in its field and delivered the training. The charity’s usual clients are drawn from organisations across the public sector so this was also an excellent opportunity for them to train a new, often hard-to-reach audience.

Cancer champions raise awareness of information about cancer with their family, friends, neighbours and work colleagues, by word of mouth and distribution of information. They also signpost people to a range of services and assist in giving information which is beneficial to others, motivating people to seek early medical assistance.

An essential aspect of the training was its interactivity. The bespoke session, which was led by Julie Stephens, HealthWORKS Food and Nutrition Manager, was informative and fun despite the seriousness of the subject. The group discussed the common types of cancer, its definition, common symptoms, the importance of attending screenings and common myths around the disease. Quizzes and games encouraged a lively debate, enabling everyone to feel involved and make a contribution to the discussions.

The group also learned that simple lifestyle changes can make a big difference to a person’s wellbeing; the way this concept was introduced was ingenious. During a break, a choice of cakes was served along with tea – definitely not most people’s idea of healthy eating. But afterwards, it was revealed that the chocolate cake included mashed potato and beetroot, the zesty lemon drizzle cake they had enjoyed included peas and the secret ingredient in the biscuits was courgette. So impressed were the group that some members even asked for the recipes so they could make them at home.

Feedback from attendees was overwhelmingly positive. One attendee called it “the best thing we’ve ever been on.” Another said: “We’re not just ticking a box, we’re saving a life.” As a result of the training, one member of the group decided to make an appointment with his GP.

An excellent outcome of the training was the high level of motivation instilled in the members of the group. Each attendee pledged to talk to at least 20 people among their family, friends and colleagues about cancer. They put up posters around the site to publicise the information and promote helplines, distributed handouts and held a toolbox talk on prostate cancer which attracted 82 people.

Their example has inspired other Wates sites to train staff as cancer awareness champions. However, the ripples have spread beyond the company. Site Manager, Nick White, discussed the success of the training at internal company meetings and with Teeside University, so they could share his story with other contractors. Nick also plans to repeat the sessions on his next project.