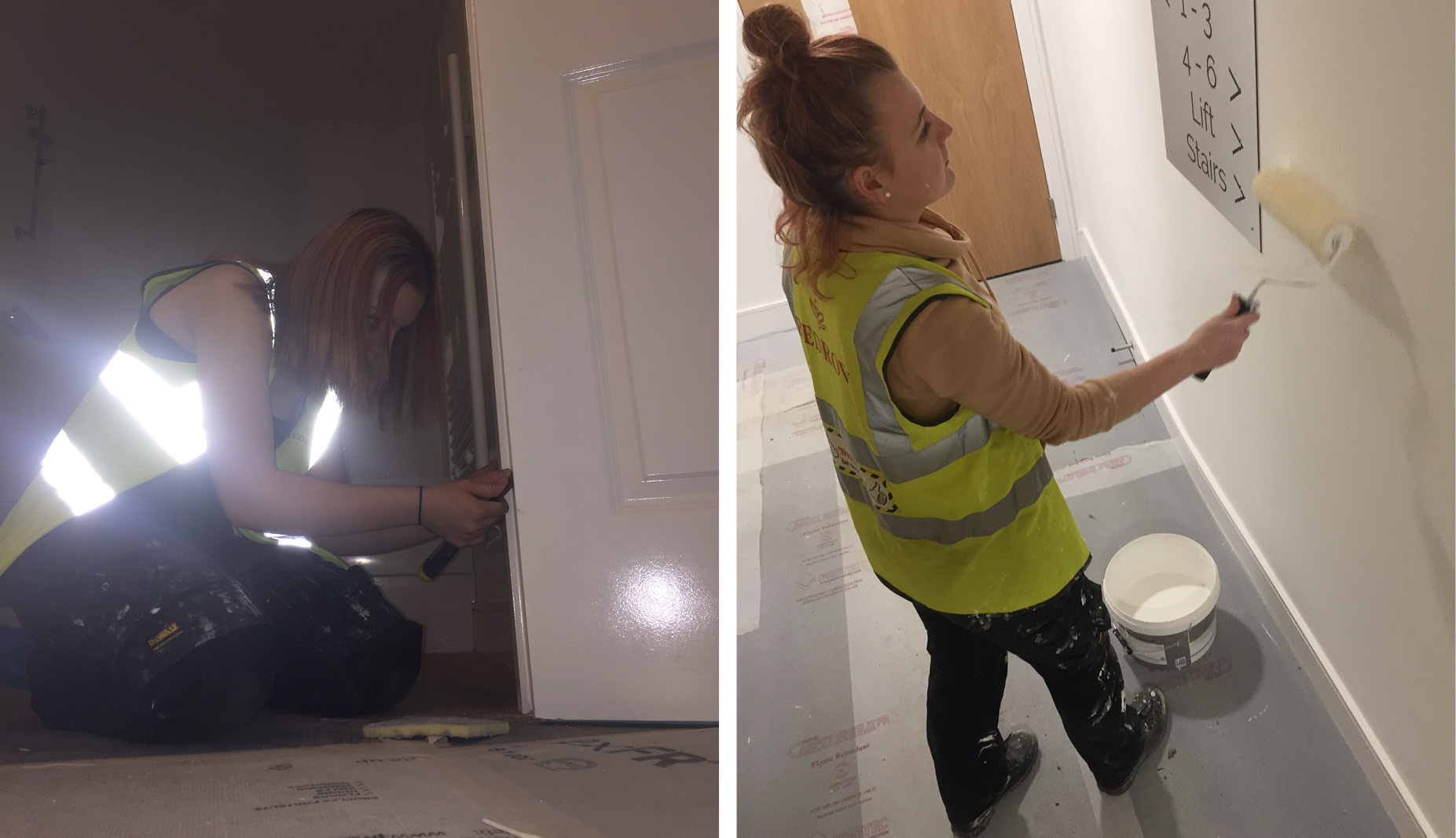 An apprenticeship with Redrow Homes Limited puts painter and decorator Bailey’s career in the pink!

With an ageing workforce, a lack of skilled workers and Britain’s imminent departure from the EU, the need to recruit the upcoming generation of workers into the construction industry has never been greater.

Equally, women still make up just 11 percent of the working construction workforce and one percent of operatives on site. Lingering sexist attitudes on some sites remain: a survey by housebuilder Redrow revealed that just 29 percent of women were given careers advice on careers in construction in comparison with 40 percent of men. Furthermore, 73 per cent of Redrow apprentices felt that schools did not promote apprenticeships in comparison to other ‘educational routes.’

However, Redrow apprentice painter and decorator Bailey Holland-Knightly is bucking all the trends. The 16-year-old is already making quite a splash at the company’s West Drayton site. Though a recent recruit, she won £100 towards her toolkit for receiving the best review for the new intake. She has requested that part of her winnings fund a pair of fashionable pink overalls.

As well as learning her trade on the job, Bailey regularly attends college – she is enrolled on an NVQ training course – with her course fees and books paid for by Redrow. The company has also offered additional support to her, should she feel she requires it.

Bailey has been interested in painting and decorating since she was very young, when she would accompany her father as he went about his work on sites. When people hear that she works in construction, they tell her it is “a good career to get into” but they also think that “not many women work in construction.” However, her job suits her very well as she likes being hands on and learning new things.

When asked what advice she would give to other young women who might be considering a career, Bailey’s advice is short and sharp: “Go for it and change the construction industry,” she says. She finds that many girls and women think a career in construction is not for them however she is proof that women can succeed in the sector, right from the outset of their careers.

As for the future, Bailey’s ambition is to be a self-employed painter and decorator and run her own business.