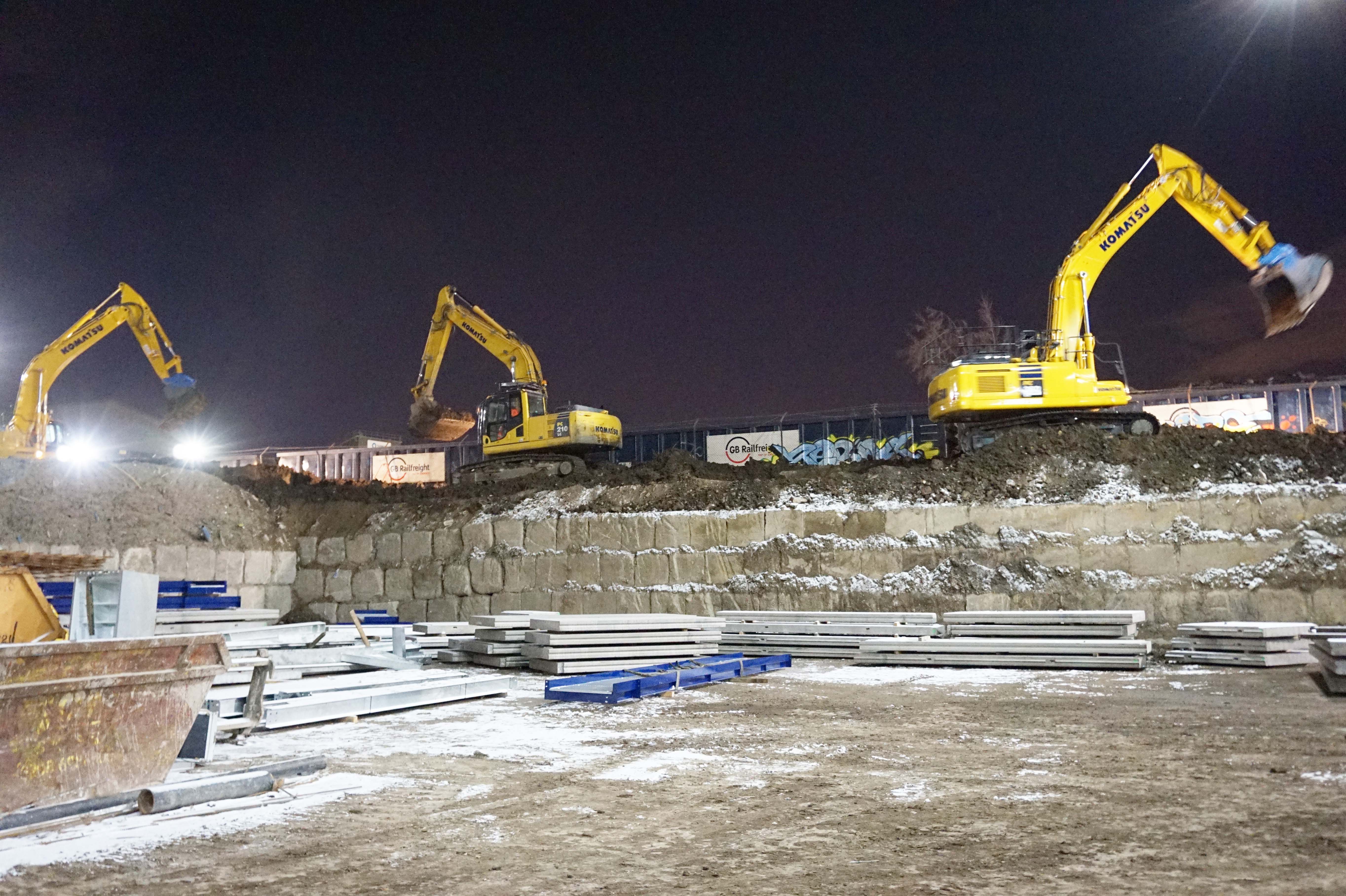 Norris’s new London Rail Hub at its Greenwich Peninsula facility in south-east London is the only rail hub of its kind south of the river and is vastly reducing road haulage and associated emissions.

Working in partnership with Biffa and GB Railfreight, this disposal option is not only commercially advantageous to Norris’s customers, but also offers them huge benefits in terms of environmental impact, road safety and reduced carbon emissions.

The movement of waste by rail instead of road is also highly encouraged, supported and endorsed by the government, the Mayor of London and Defra.

“At Norris we believe passionately that, in the medium term at least, the safest and most sustainable solution will prevail. With that ethos at the core of our development strategy, we invested in a site at Greenwich which was located adjacent to the national rail network.

“This location was obviously attractive to our business due to the rate of growth and regeneration. However, the train connection and connectivity meant that we could drastically affect the number of road moves and replace these with rail transport.

“This takes away the huge risk lorries present to commuters and residents alike; not only from the risk of accidents because of congestion, but also the toxic and noxious fumes which we know hurt the residents and public.”

With road safety being a high priority for HGV operators, especially those working in central London, the railway offers a much safer alternative for construction and waste management companies across London and the wider region.

“With rail being able to service multiple ‘real life’ landfills, the capacity is, theoretically at least, inexhaustible for non-hazardous soils. The ‘non-hazardous’ classification is the most common type of material recovered from the majority of construction sites in and around London.

“These excavated materials tend to have a certain level of chemical contamination that, while not classed as hazardous, cannot be classified as clean inert soil either. The Norris Rail Hub can accept large volumes of these non-hazardous soils which are brought in by tipper lorries, weighed off swiftly, held and tested (for compliance), before being loaded onto trains. The material is then whisked away by rail to a host of rail-connected land remediation disposal sites across the UK.”

How the idea came about

The site which Norris acquired in July 2015 was flanked by a disused railway siding. Expert investigations into the viability of the railway siding being reinstated were very positive, concluding that a £500,000 investment would enable Norris to go anywhere on the 20,000 kilometre rail network, through the Freight Operating Company (FOC) partner.

“This knowledge sealed the deal and the business case for the Norris Board, and we completed the transaction to take ownership of the site very quickly,” Kieron said.

A successful partnership with Biffa and GB Rail freight

Being a well-established waste management business, this new road/rail combination Norris planned to offer at Greenwich was a much different proposition; trains can lift some 1500-1600 tonnes of material in just one visit and this meant the site layout had to be designed to meet current client needs as well as customers with large excavation demands.

“To make the rail connection work for us and deliver on our vision, we needed to find a like-minded landfill/land remediation business with a rail connected cavity to take our material. The final piece of this puzzle was to identify a flexible, capable and competent FOC. If we could find these two right partners to assist us and buy into our strategy, we knew we would have a chance to bring an innovative solution to the market, and to London.

“Biffa Waste Services are a longstanding partner of Norris and have all the criteria we needed to progress our project. The rail haulier was a bit more challenging to source, but our best choice was to work with GB Railfreight.”

GB Railfreight is a market leader in Britain’s railways, providing a range of services from train haulage to supply chain management. With this last piece in place, Norris formed a tripartite agreement to provide the service from the newly formed Norris Rail Hub, lifting some 3,000 tonnes per week.

One of its kind

Being the only waste hub of its type south of the Thames, the London Rail Hub is ideal for any company excavating non-hazardous soils in the Central London area. The closest alternative disposal site, with the same waste acceptance criteria (i.e. non-hazardous soils), is 15 miles away from the hub.

“With plans in place to double this over the next few months, we have plans to move some half a million tonnes per annum by the end of this year. Given the vast quantities of ongoing central London regeneration schemes and related construction works, a rail hub in the heart of south-east London is a welcome addition and innovative solution for cost-effective soil disposal,” Kieron added.

“There are many advantages other than the commercial benefits of using rail over road to transport large volumes of material. Firstly, the hub has created additional jobs for local people in both skilled and unskilled roles. Additional training has been provided to give our team the relevant safety and awareness skills required to work in the rail hub.

“Rail transportation is much faster and more reliable than road as it is least affected by weather conditions and traffic jams. Railway transport can carry larger volumes over greater distances, making it more economical and much quicker for transporting.

“Crucially, the air quality impacts of trains versus trucks are staggering, with some 40% less carbon produced and a similar impact on toxic and noxious emissions. This is a huge challenge for cities across the world, but in London and the UK at large, there are some estimates that state more than 43,000 lives a year are shortened through vehicle emissions inhalation. Therefore, in no small way, Norris Rail Hub is helping save lives in London and across the region.”

Norris Waste Management is already in preliminary discussions to open further rail-connected sites within the Greater London area, confident that its tripartite partnership with Biffa and GB Rail freight will deliver a further series of hubs in the coming months.