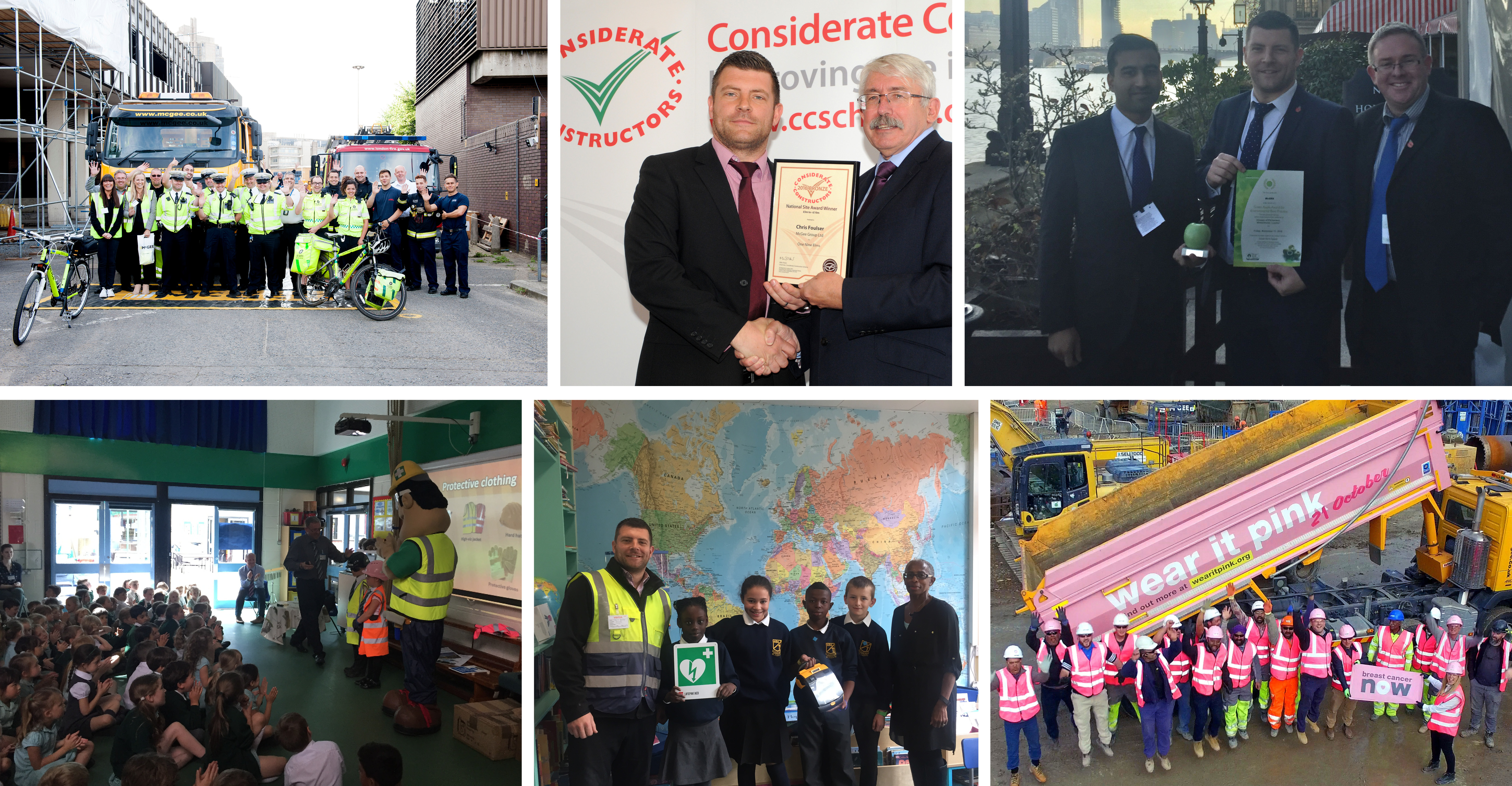 McGee is a specialist subcontractor and main contractor providing a broad spectrum of construction, decontamination, demolition and civil engineering services.

For its One Nine Elms project, McGee was appointed by Dalian Wanda for the demolition of the existing Market Towers buildings, with works beginning in May 2014 and completing by April 2015. This work led to the company receiving a silver Green Apple Environment Award. Click on the following link to read McGee’s account of this achievement.

Following the main demolition works, McGee was then engaged with the enabling and early works package in conjunction with Balfour Beatty Ground Engineering and this work was expected to complete during the summer of 2017.

“The end result of the development will see over 50 storeys of skyscraper soar into the sky, offering residents unrivalled views of London’s most famous landmarks, including The Shard, London Eye and Westminster Abbey. One Nine Elms will set a new standard for the city, offering luxurious private apartments alongside a world-class five-star hotel.”

What particular challenges have you faced in relation to the community, environment or the workforce on this project, and how have you overcome these?

The One Nine Elms development is located in a thriving residential community with high-end tenanted blocks of flats and some commercial businesses overlooking the site. Therefore from the onset of the project, neighbourly relations were of paramount importance. In conjunction with the client’s communications office, meetings with neighbours and a bespoke site communications website were set up.

Initially, monthly community liaison meetings were held in the site offices and then local venues to which local neighbours were invited for project updates and to discuss any neighbourly issues. These were attended by client representatives and any other interested stakeholders who expressed an interest. These meetings are now held quarterly as site works are less intrusive in their nature for neighbours, following the completion of the demolition phase of the project.

Any updates on site activity or information of interest pertaining to the site are e-mailed directly to registered neighbours via the dedicated website. A weekly site activity log is posted with works planned for the forthcoming week, noting any noisy works or out-of-hours deliveries.

Here are some examples of best practice the McGee project team implemented on this project, specifically in relation to the community, the environment and safety: