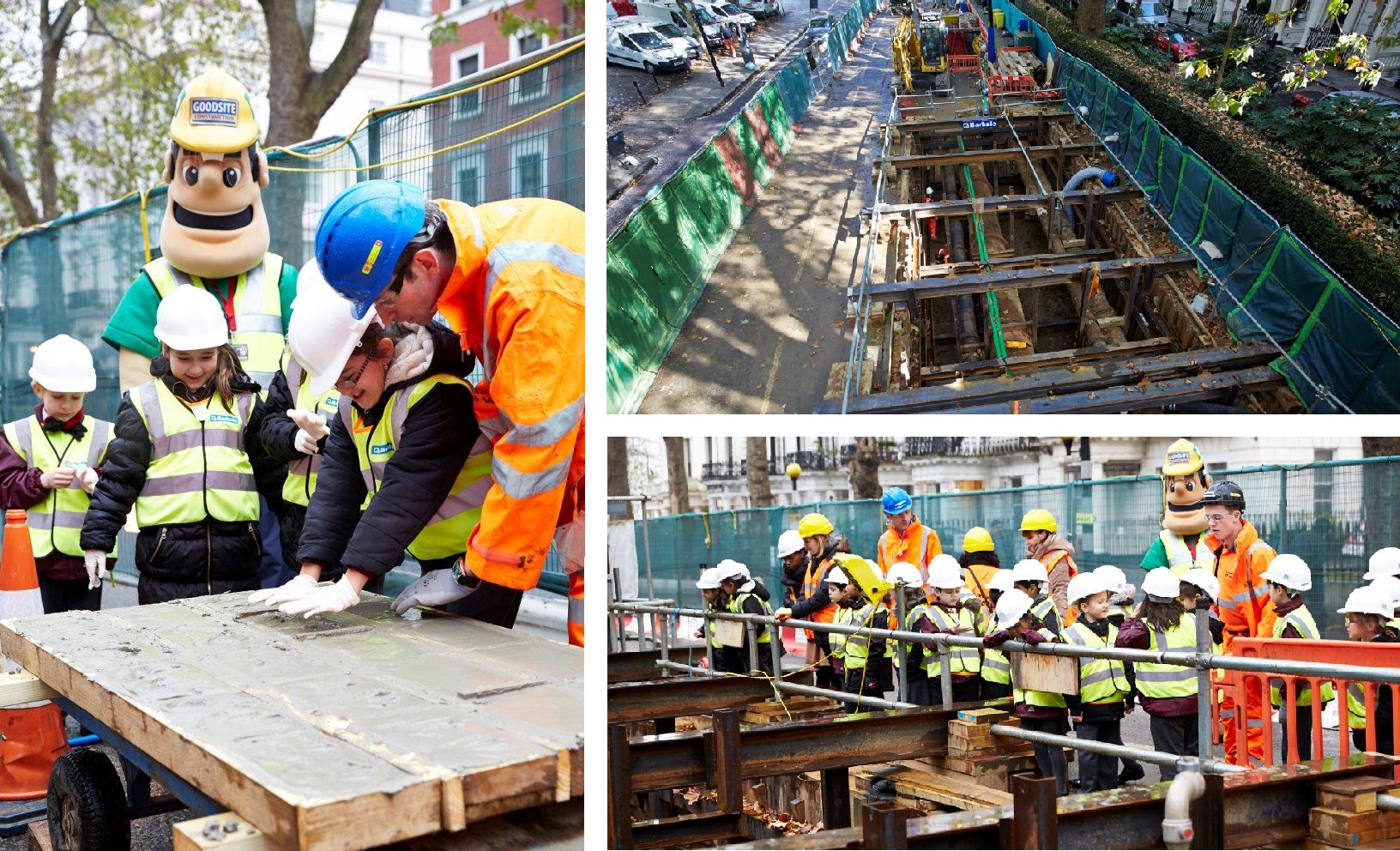 Barhale’s work involved installing a new pipe in Stanhope Terrace, London, which allowed Thames Water to throttle the mains in Sussex Gardens while the Crossrail drilling machine worked underneath.

Thames Water was re-laying trunk water mains at Sussex Gardens near Paddington Station, following the passing of a Crossrail tunnel boring machine through the area in 2012.

In the agreement to allow the tunnel boring machine to drill under the six trunk mains in Sussex Gardens, Crossrail’s contractor Bam Ferrovial Kier (BFK) employed Barhale to install Syrinex Monitoring devices; this monitoring system employs early warning equipment on a real-time basis to flag up imminent risks, and to ensure warnings are active and effective rather than reactive.

A commitment was also given by Crossrail that Barhale would re-line any water mains that fell outside the maximum allowable settlement level, which meant that five mains needed to be re-laid. Thames Water were procured to replace these mains and employed Barhale as the contractor because of its experience of large diameter trunk main works and its local knowledge.

The project was split into two phases and in essence Phase One was a test model for Phase Two. In summary, Phase One consisted of the following:

Phase Two of the project, involving two mains believed to have been constructed circa 1820 and 1870, involved:

When Barhale started this contract, the project team set goals to tie in with both Barhale Values and the Scheme’s Code of Considerate Practice. These were included in the Construction Phase Plan which everyone was briefed on, ensuring that all site employees understood this joint passion for best practice.

Pinpointing the challenges encountered during the project, John said:

“It has been a challenge explaining the complexity of the work to the community and justifying how long the project will take to members of the public. This is especially the case for close neighbours and businesses because in their minds the plans generalised the work as the replacement of short sections of water pipes.”

Here are some examples of best practice initiatives carried out by Barhale Construction Ltd: