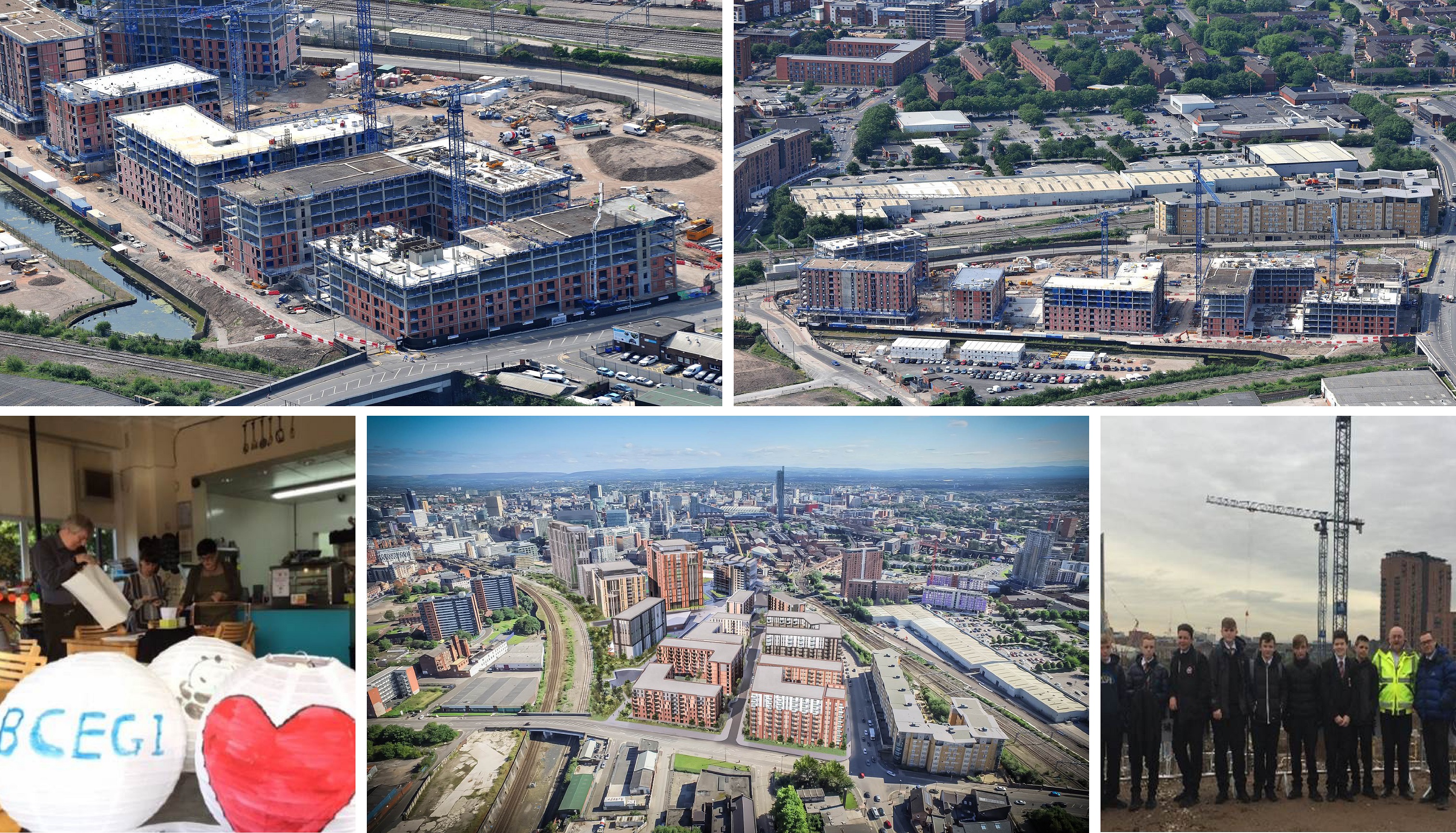 BCEGI’s Middlewood Locks project is one of the largest regeneration schemes in the north-west, offering community life with the buzz of a big city.

BCEGI (Beijing Construction and Engineering Group International) was appointed as the preferred contractor for the £700m Middlewood Locks development – a brand new residential and commercial neighbourhood located at the western gateway to Manchester’s central business district.

“Real estate investor and developer Scarborough Group International specifically chose to work in partnership with us to help deliver the 24-acre regeneration scheme. It is set to comprise 750,000 sq ft of commercial and mixed use development and 2,000 new homes.

“Middlewood Locks offers a superb opportunity to create a truly unique and special neighbourhood, adding to, complementing and becoming part of the existing community. It represents a major regeneration opportunity within an area of Salford that is of both cultural and strategic importance. The site demands respect and is deserving of a powerful and contemporary vision that will deliver a vibrant and healthy community.”

Phase 1 of the residential development consists of following plots:

“The project incorporates a cohesive site strategy, detailed plot layouts and a contemporary robust approach to the aesthetic, materials and detail elements of each building, and the landscape in which they sit. At all times, the proposals have been mindful of the wider context of the relationship of the buildings and spaces within this phase to the surrounding phases in the Middlewood Locks development, and beyond the site boundaries within the city of Salford.”

Talking about the particular challenges faced in relation to the community, environment or the workforce on this project, and how they have been overcome, Raymond said:

“There was initial mistrust from local residents who had been promised plenty of jobs when Media City (a separate new waterfront destination for Manchester) was being constructed, but who had lacked the skills to take advantage of these opportunities. As they saw it, their neighbourhood was being transformed and invaded without them reaping any benefits.

We identified which council members were our best points of contact and ensured we developed good lines of communication. Six of the 10 local school headteachers are leaving, and again this meant that we had to gradually gain the trust of the schools and identify how we could cooperate with them.”