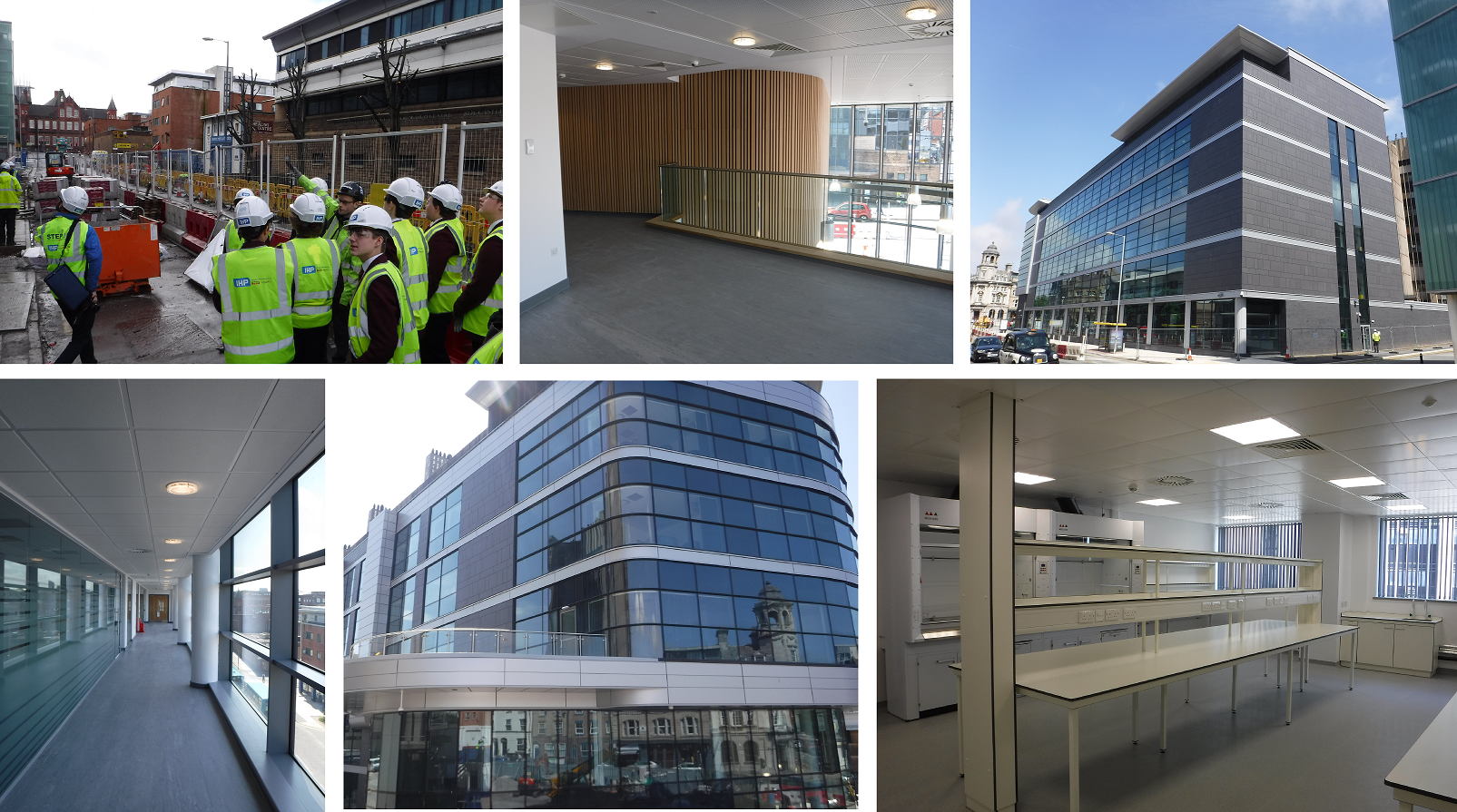 The first phase in developing Liverpool’s Health Campus, the project is the first step in expanding the scale of the existing model for development of commercial opportunities from the research and clinical base.

Commenting on how the Best Practice Hub has proved to be an invaluable resource on the project, Martin Horton, Project Manager, Vinci Construction UK Limited said:

“By using the vast amount of information available on the Best Practice Hub and using knowledge from past experience, we were able to undertake works in a way that would demonstrate that we are a considerate constructor. This is particularly important when working in a city centre location such as this, where we are surrounded on each side of the job.”

“The works involve the design and construction of a five-storey building to provide new biological and chemical laboratories, together with staff offices and a reception facility. The building also contains a specialist category 3 and insectaries facility for the Liverpool School of Tropical Medicine. Within the insectaries, internal condition can be set to create “tropical” environments.

“The building frame is reinforced concrete with post-tensioned slabs. The structural envelope consists of a mixture of structural curtain wall glazing and rain-screen cladding. Internal finishes consist of plasterboard wall – all plastered and painted – suspended ceilings and mainly vinyl flooring, with the exception of staff offices which will have carpet tiles. Due to the laboratories, the building is heavily serviced, with substantial M&E services in the two plantrooms along with an open roof deck plant space.”

One of the key challenges the project team faced was working on a site in close proximity to one of the hospital buildings, which was also used a teaching block. David explained:

“At certain times of the day, at the end of lectures, a number of students would leave the building opposite the main delivery gate to the site. A provision that we put into place was to have the site security guard and subcontractor supervisors put through banksman training so they could safely control site deliveries when they arrived on site, and were being offloaded. Further to this, additional pedestrian demarcation and barriers were provided outside of the teaching building to direct pedestrians away from delivery road.”

You can read all about the Vinci Construction UK Integrated Health Projects team’s many examples of best practice below: