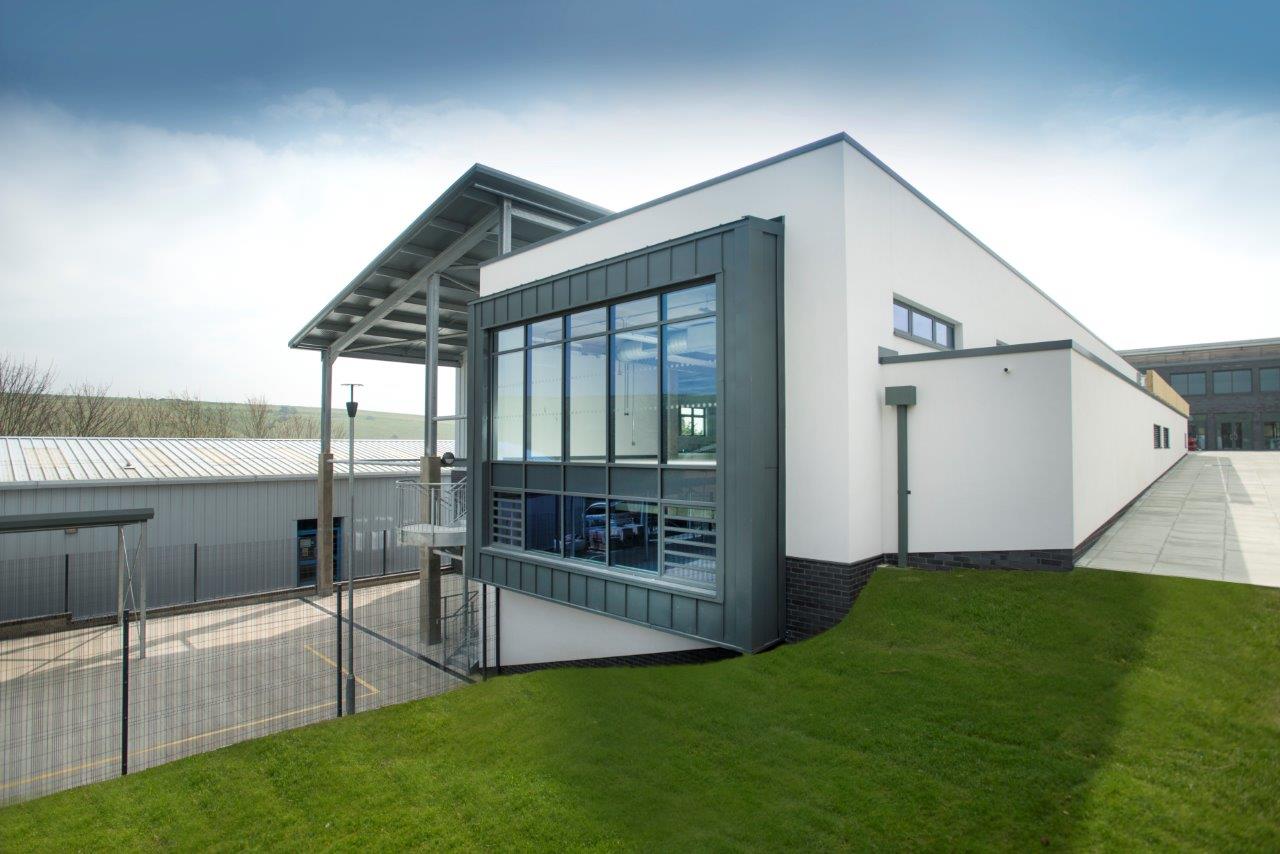 Geoffrey Osborne Ltd’s exciting project was a £7 million new build at the heart of the Wilson Avenue Campus for City College Brighton and Hove, now known as The MET.

This project was to construct a new four-storey facility including a Construction Trades Centre – consisting of classrooms and assessment rooms.

Trades being covered will include carpentry, maintenance, electrical, plumbing, as well as painting and decorating, and all are housed in a modern, four-storey RC framed building with a steel-framed roof and terrace areas. Positioned on a sloping site, the third floor sits level with the ground floor of the main college campus.

“Previous college buildings were demolished to make way for this new complex, with the demolition beginning in November 2015. The new construction began in February 2016 and was completed two weeks early in April 2017.

“It is an environmentally sustainable building which mainly uses natural ventilation in the classrooms and workshops. Fan assistance is provided in some areas to promote necessary airflow. Within the workshops, the ventilation is provided by a combination of manual and actuated openable windows/louvres, along with heat recovery units and supply and extract fans.”

Other sustainable features to protect the environment included the use of solar PV panels to supplement the highly efficient lighting and equipment used throughout, and rainwater harvesting to provide grey water for flushing toilets. Radiant heating panels were also used in workshops, with further water saving initiatives including the use of dual flush toilets and low flow taps.

The main challenge the team faced was in relation to working around an occupied site; this meant extra caution in case any students strayed onto the site. Restricted road access was implemented near the site to avoid any likelihood of collisions.

“Ensuring all the stakeholders involved within the project were kept happy was a challenge. We needed to make sure that all of their issues were addressed in a timely manner and constantly provide them with information regarding the project.

You can find out how the team addressed these challenges, as well as reading about just a few of the many  examples of best practice implemented by Geoffrey Osborne Ltd on this project by clicking on the sliders below: