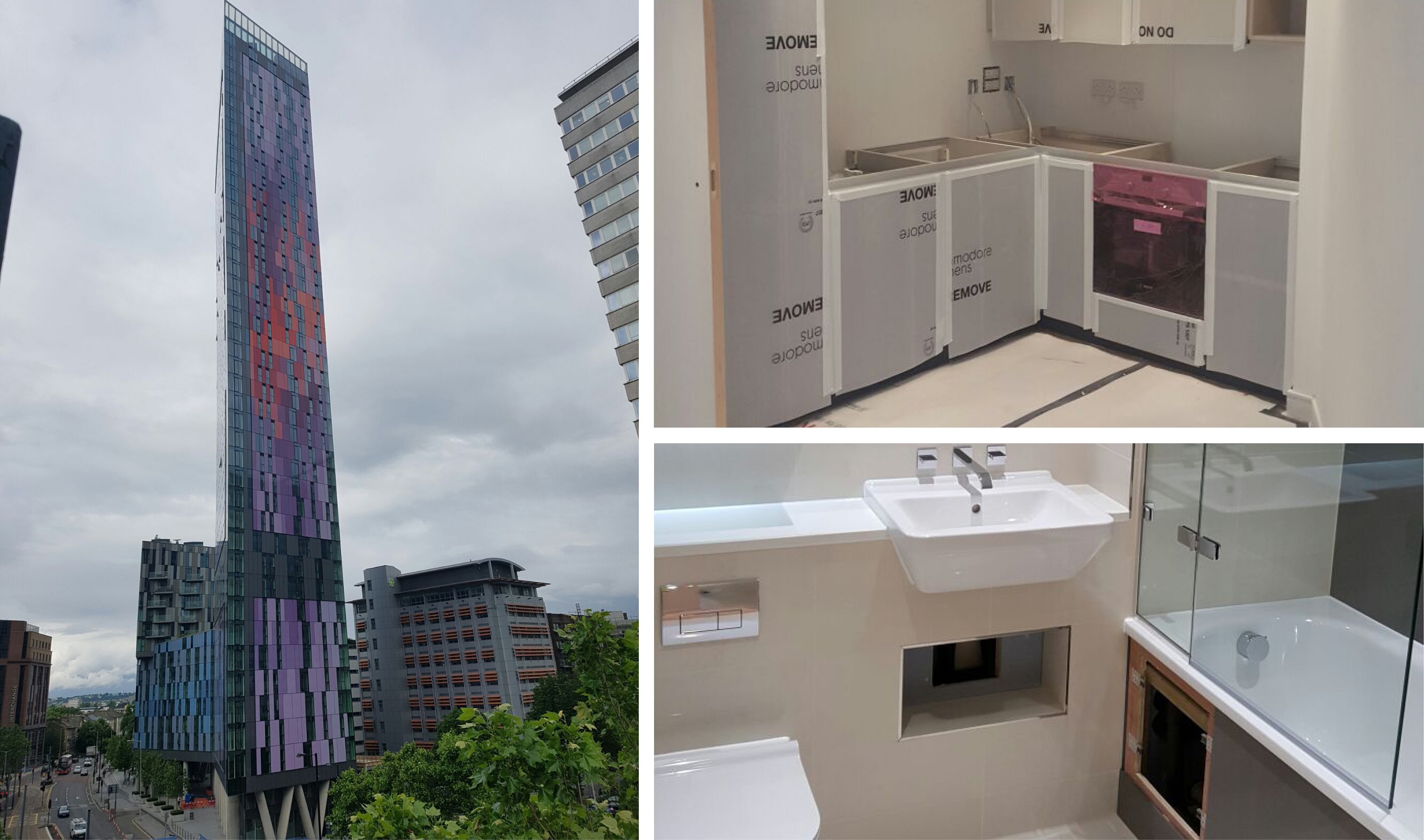 Berkeley Homes’ Saffron Square project in Croydon – a five-block development of 792 apartments, and a separate 44-storey tower – was praised by the Scheme Monitor for its innovative and exceptional practice.

Work on the development began in 2009 and finished in Spring 2017, with the five apartment blocks already being earmarked for occupation as work was being carried out on the main 44-storey tower building.

This major development saw an average of 20 different trades working throughout the tower each day, from completions on the lower levels to the first fixes higher up in the tower.

Despite such a large operation, the Berkeley Homes (South East London) Ltd project team was praised for its environmental innovation.

Berkeley Homes was commended for using rubber cradles made from recycled truck tyres in the underfloor heating system.

“By using this system, 1277 tyres have been diverted from landfill and approximately 95 per cent of all waste produced has been recycled; water consumption has been reduced by 10 per cent and carbon emissions reduced by 18 per cent.”

“Recycling is promoted on site, with many trades buying into the idea. Paint cans are also sent back to the paint manufacturer and recycled. Environmental audits take place each month to monitor the sustainability of the site and the build work. These reports are collated across Berkeley sites and data is published to show the different results across the company.”

Paul said that one of the challenges posed to the project team was working within a busy neighbourhood, surrounded by residents and community amenities.

“We have a church and a school on the north boundary. We built the blocks closest to the church and school first to create a barrier between them and the live site. We liaised with the church for funerals and stopped works so as not to disrupt them. We also worked with the school to minimise disruption to the lessons and we replaced the tarmac to the playground and marked it out for different games pitches.

“On the other boundaries with footpaths, we erected crash decks and walkways to protect the public. We have kept residents informed via monthly newsletters of progress and upcoming activities so they feel included in the process.”

Another priority during this project was a commitment to health and safety which ran throughout operations. Paul said:

“We operate many safety incentives on site, such as a Health & Safety leadership board between the contractors in which the winning trade is awarded with a free breakfast for each operative.

“Cards are also issued for H&S behaviour – yellow and red for unsafe work and green for promoting safe work. All accidents are recorded on site including near misses. Site managers are all first aid trained and all trades must have a first aider on site, identified on their hi-vis.”

You can read a few of the many examples of best practice implemented by Berkeley Homes (South East London) Ltd below: