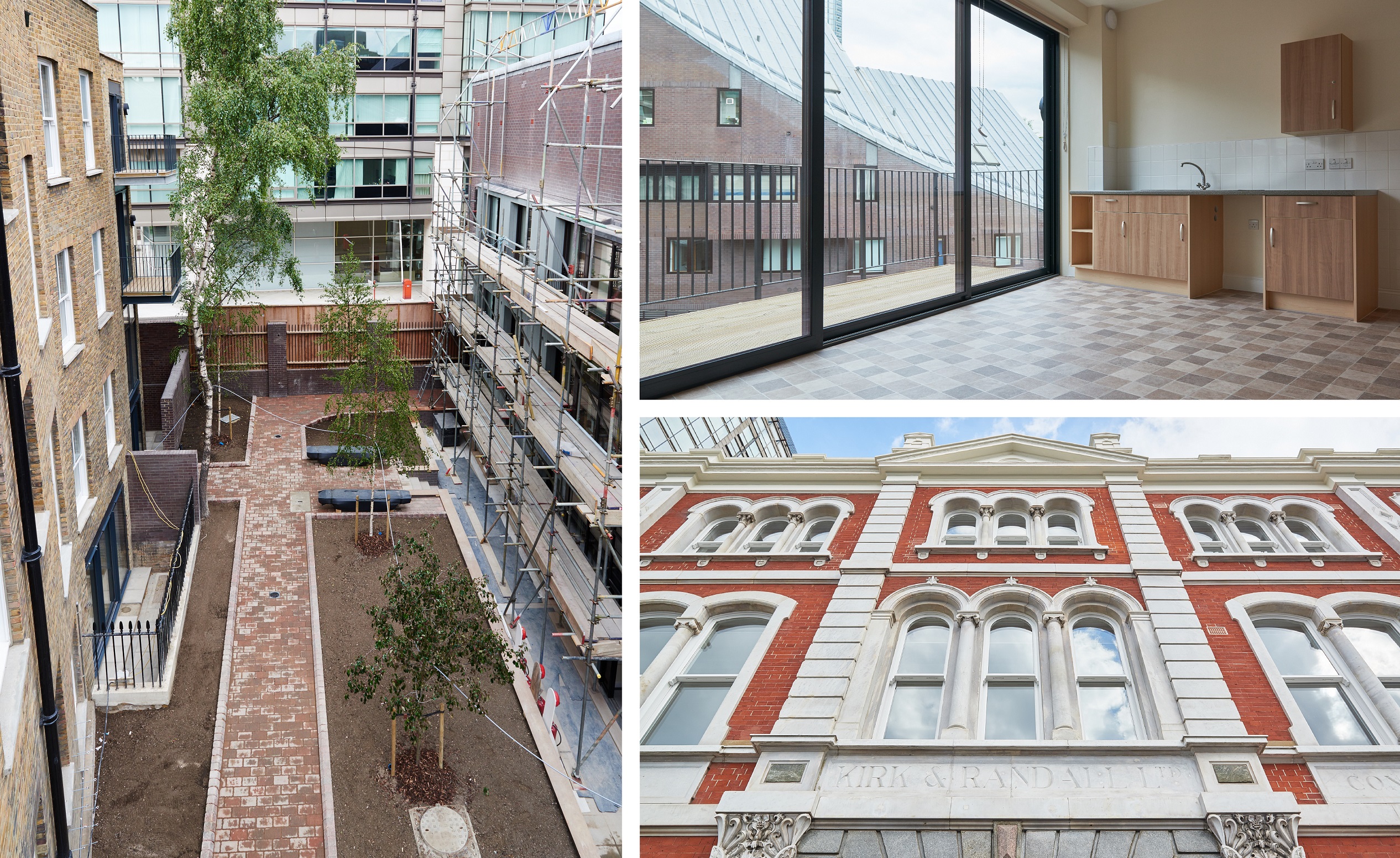 Network Homes’ new high quality residential development in Pimlico, London, involved the conversion of three former commercial buildings – one built in 1850 and the other two in 1979 – by contractor Kingsbury Construction Co Ltd.

Network Homes is one of the largest housing associations in London and the South East. It specialises in development, regeneration, and housing management, owning and managing 19,300 homes across 40 boroughs.

“The Crown Estate has granted a lease to Network Homes in order for the site to be refurbished into 17 homes, as part of The Crown Estate’s contribution towards the provision of affordable housing for the St James’s Market Project.

“Network Homes is thrilled to be working with The Crown Estate to redevelop these much-needed affordable homes in such a central, sought-after location in London. It offers Network the opportunity to provide homes below market rent for working Londoners who would otherwise be priced out of the local area.”

The construction work was undertaken in partnership with Kingsbury Construction, as principal contractor; the Welling Partnership, as the employer’s agent; CDMC (Construction, Design and Management Coordinator), and the Rund Partnership, acting as clerk of the works. Once the redevelopment works were completed, Network Homes took over management of  the new properties.

The site is located on an already built up estate (The Crown Reach Estate), with existing residents living less than 200 yards away. The residents were anxious about the impact the works would have on them, even before the works commenced.

You can find out how the Network Homes project team rose to the challenges on the Grosvenor Road development by reading the following examples of best practice introduced: