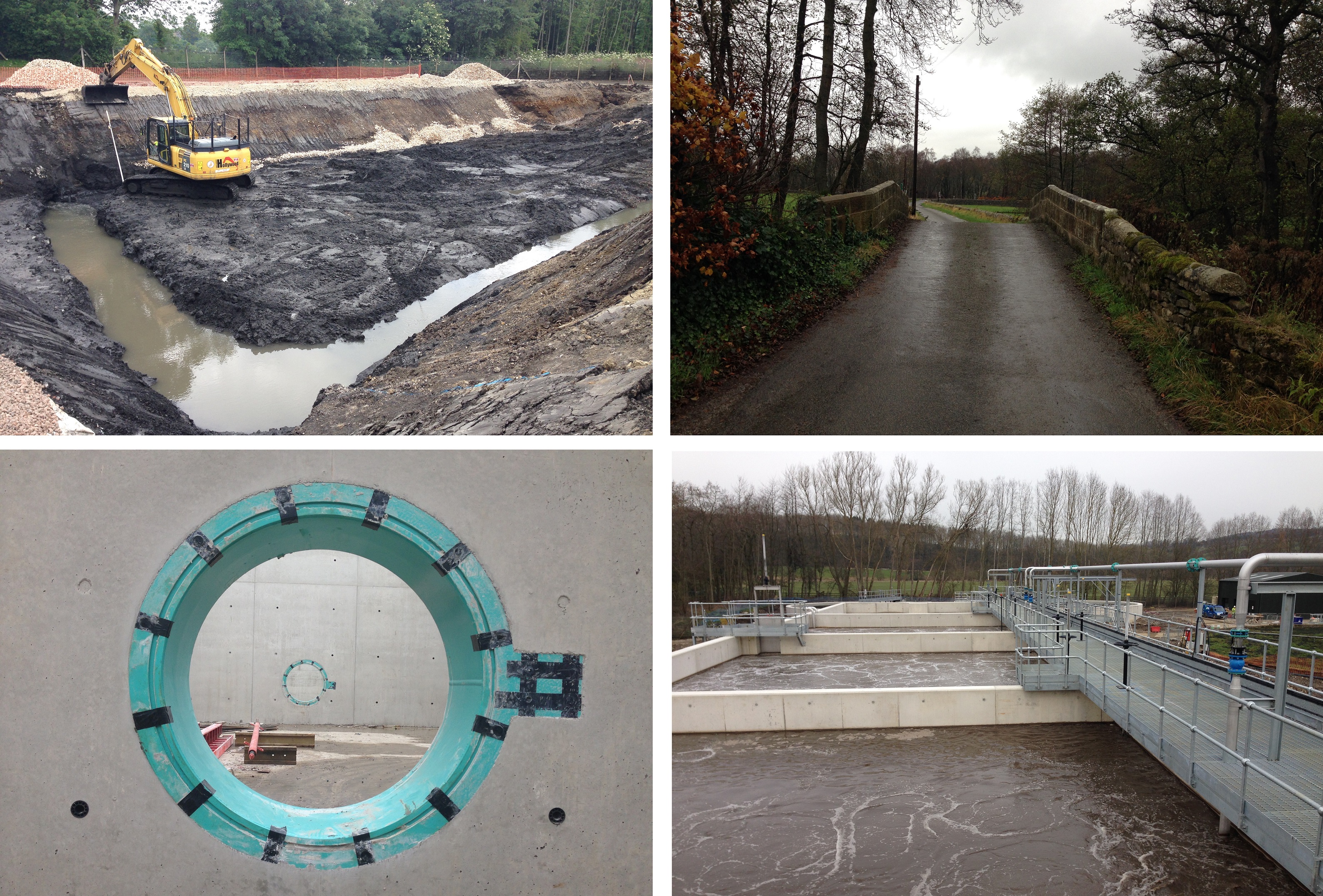 “The new scheme replaces the existing works to provide a more compact up-to-date treatment process for the local community and the environment. On a lot of our sites we have a very low public interface level due to the location being tucked away out of sight.

“We aim to have high public engagement where possible, to keep people updated on progress and any high levels of vehicle movements, which could cause a level of disruption. This is achieved by letter drops, council meetings if required, and by generally engaging with locals in conversation, adopting an open door policy at all times.”

The biggest challenge the team faced on the project was the sheer volume of groundwater which had to be removed and controlled as a result of the various deep excavations carried out.

“This has to be managed so as not to cause any flooding or pollution to the local area. The solution was to use some existing redundant structures on site as settling lagoons. This enabled any silt particles to settle out prior to pumping into an existing culvert, which eventually made its way to the River Wye – a river of great natural beauty.

“We investigated ground water levels prior to the job commencing on site and liaised with the Environment Agency at an early stage to explain our proposal and discuss various options and solutions. We agreed on a final solution and the operations ran without a problem, ensuring the project was a great success. We were pumping approximately 60 litres of water a second 24 hours-a-day, seven days-a-week for approximately 300 days. This equates to well over one billion litres of water in total.”

Respecting the community and protecting the beautiful environment within the Peak District National Park was a major consideration for MWH Treatment Ltd during these major works.

“We take our duty of care to the local population and the environment very seriously and we spend a lot of time planning and preparing robust solutions. Throughout the construction phase, we had the challenge of access into the new tanks and structures for all of our tradesmen.

“Ladders are a last resort, so we built in low-level access ways. This enabled operatives to walk between cells without going up and over the 5m high walls which greatly reduces the risk level. We also have the issue of self-rescue from the closed deep structures; we do not rely on the emergency services to facilitate our entire rescue situations as this would possibly leave us vulnerable to an injured person being isolated for too long. We run emergency rescue drills to prove our competence as required.”

Another challenge the site team faced was access to the site; the only way in was over a narrow stone bridge with a 40t weight limit.

You can find out how the MWH Treatment Ltd project team addressed this challenge and carried out best practice initiatives by clicking on the sliders below: