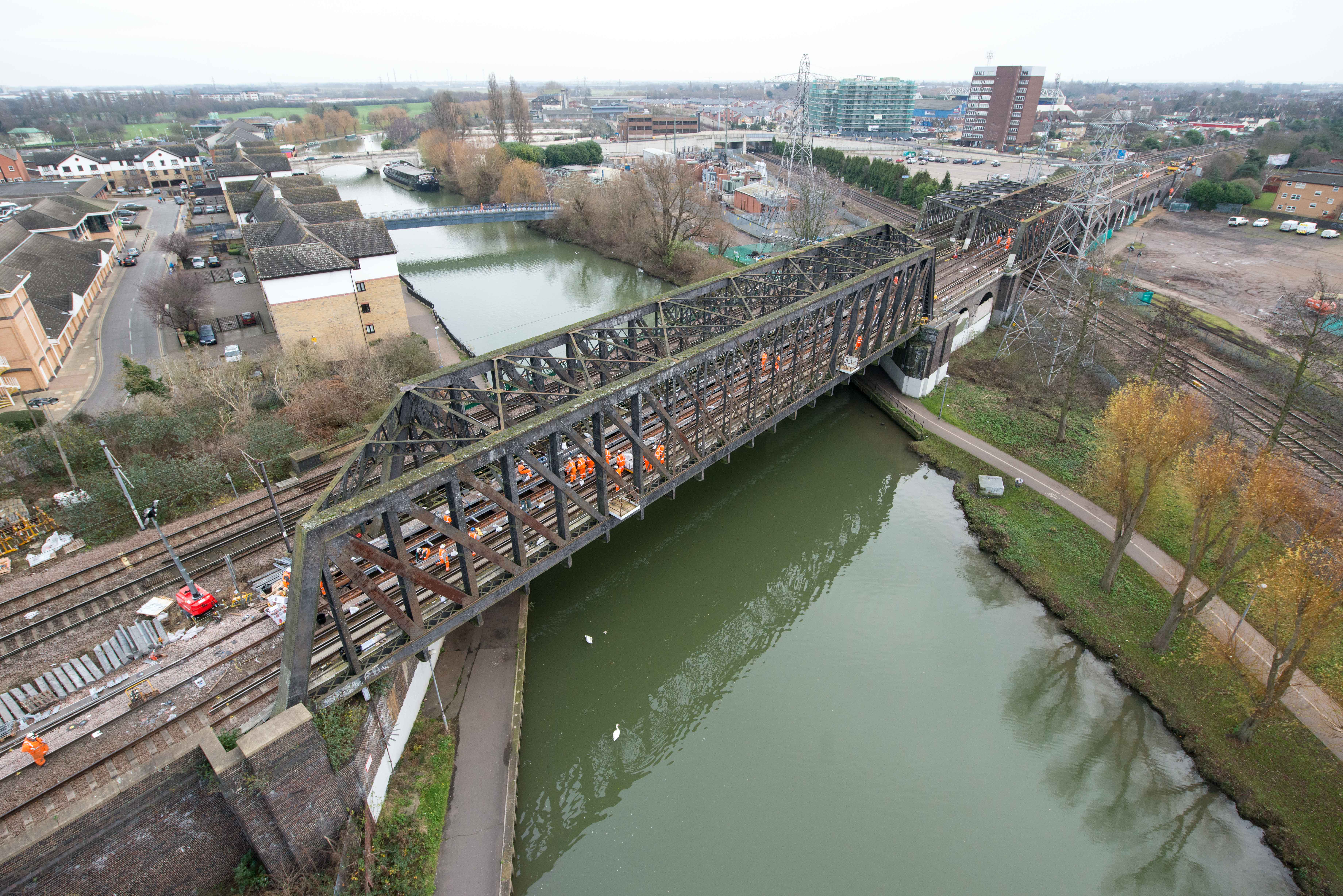 BAM Nuttall are restoring Bridge 184 on the East Coast mainline – a unique structure encompassing eight interlinked working bridges, with one dating back to 1870.

The original scope of the work was to carry out survey and design works for Network Rail on two of the eight structures making up the bridge. However, the original brief expanded into a much larger project over the last two years.

Bridge 184 is made up of eight bridges all interlinked of varying ages and originally constructed using varying methods and materials, with one of the bridges being the oldest cast iron bridge in the world carrying mainline rail traffic.

The project has grown into carrying out repairs, strengthening, waterproofing, grit-blasting and painting works to the two original bridge structures.

Bam Nuttall’s River Nene project is located in a busy public area just outside Peterborough City Centre, surrounded by 220 homes and local businesses, which made careful consideration of the local community a top priority for the project.

“We have to remember that sometimes just our presence can be a nuisance to others, especially in built up areas and certainly in town and city centres. We can have an impact on a huge amount of people without even realising it. The big challenge is making that impact a positive one – one that we can leave behind and enable others to benefit.”

Here are some examples of best practice initiatives carried out by BAM Nuttall Ltd: