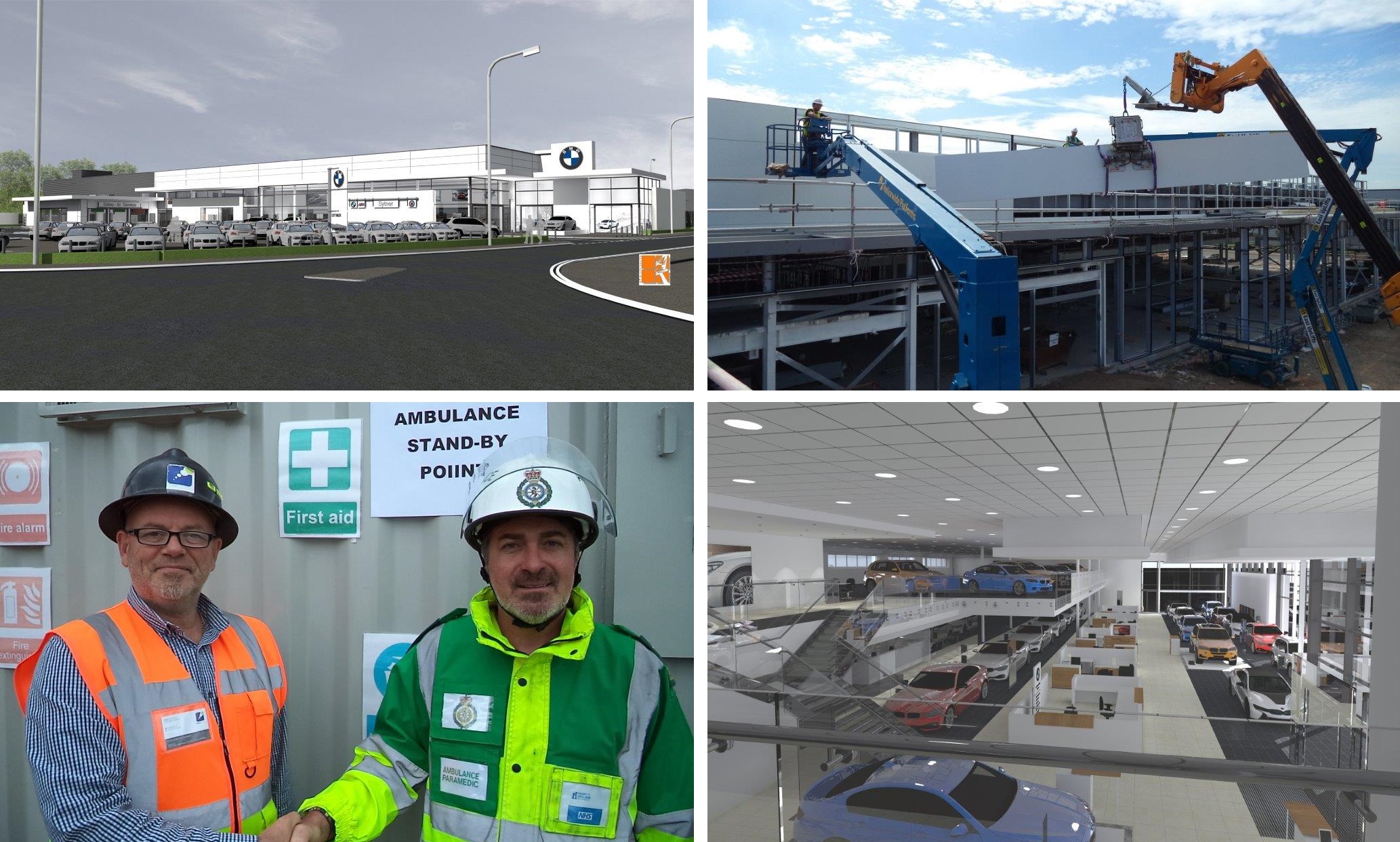 Based in Warwickshire, MCS Group Ltd is a building contractors specialising in the motor, retail, commercial, industrial, residential and educational sectors.

The new BMW car dealership in Tamworth adds another flagship facility to the Sytner Group’s UK stock of over 100 showrooms. The building itself is a steel frame construction with the building’s ultra-modern facades finished in a mixture of white and silver cladding, curtain walling and glass.

Internally to the ground floors, the building incorporates a main showroom for car display and sales, a main reception with a separate service reception, and drive-through service centre.

“There is a car ramp leading to a roof deck car park for 122 cars and a separate valet bay with both jet wash and automatic car wash facilities. Then the main external zones cater for further display areas and customer parking, all finished off with some soft landscape zones and areas.

One inventive aspect of the project stemmed from a bright idea suggested by the assistant manager, a former qualified advanced paramedic with over twenty years’ service.

It was his insight to contact the local ambulance authority and develop a Stand Point for rescue paramedic cars and ambulances. This not only served as a positive benefit to the industrial and commercial park, but also to the residents of Tamworth.

Another clever idea devised by the project team was establishing a series of useful workshops for workers experiencing numeracy and language difficulties.

“During on-site inductions, it became apparent that a number of individuals had difficulty with numeracy and literacy. It was during the early days of the project that this idea was born. To help assist the individuals, a workshop was set up on a weekend basis, funded voluntarily by the onsite team. Courses were attended by groups, but provision was also made to incorporate and facilitate the individuals on a one-to-one basis.”

“Incorporating a personal approach has highlighted issues that otherwise would have lain dormant. A prime example was to set up workshops allowing individuals to consider alternative careers within the industry, via college, university and NVQs.

“This has had a significant effect on the workforce, to become self-aware, and the opportunity to reflect and analyse their personal and professional development.”

Here are some examples of best practice initiatives carried out by MCS Build: