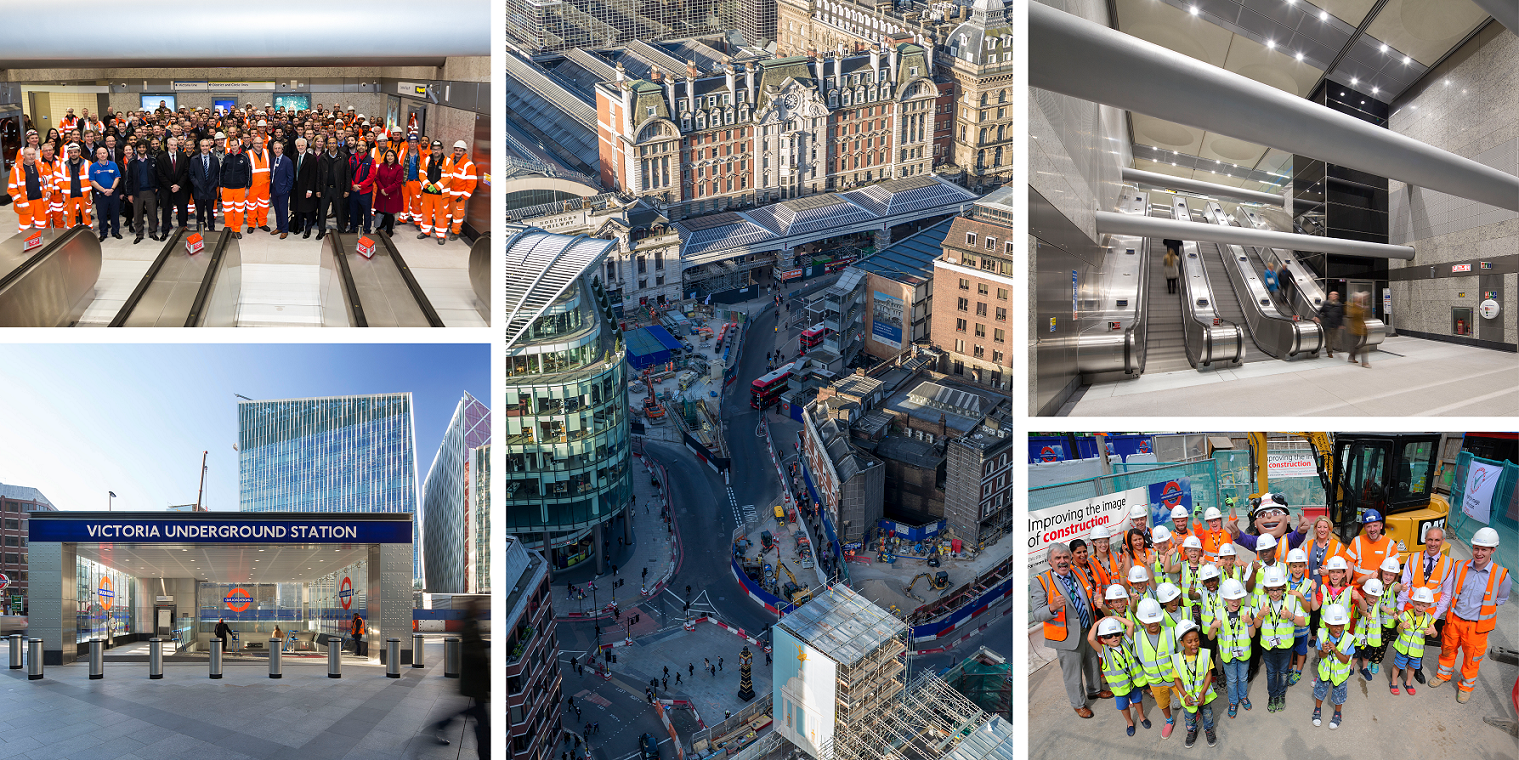 Taylor Woodrow BAM Nuttall Joint Venture’s project to modernise and improve London Underground’s Victoria station has been praised for its exceptional practice. This project is delivering an upgrade that will relieve congestion, improve access, and extend the station’s life by approximately 75 years.

“The project is located at the centre of a major transport interchange between Victoria Underground Station, the National Rail Station and Bus Terminus. The works are also weaved around a dense population of residents and stakeholders, including two of the capital’s longstanding Grade II listed theatres.

“The upgrade involves almost doubling the size of the existing ticket hall, providing a new ticket hall, constructing approximately 300m of tunnels to link the two halls, and providing step-free access into the station. Our priority is to deliver a safe and efficient programme of works whilst maintaining ‘business as usual’ for the 82-plus million people passing through the station each year, whilst minimising the impact on the local community.”

The Victoria Station Upgrade Works include:

“The two theatres have been a key consideration, with a schedule of afternoon and evening performances that cannot be disrupted and are protected by a Section 61 consent with the local authority, and a third party legal agreement. Failure to comply with these agreements carries significant monetary penalties, and so with a year-long programme of tunnelling both underneath and around the Victoria Palace Theatre, it was essential that we adopted a different approach to monitoring and managing the noise from our activities from the outset of the project.

“Our solution was to implement a comprehensive process of monitoring and managing ground-borne noise associated with the construction of tunnels. We have also used reverse contour mapping which means that rather than tracking noise outwardly from a source, we worked with the theatres to establish audible noise levels from their auditoriums, and produced a contour map which moves outwardly from this key receptor.

“We installed a series of vibration monitors in the Victoria Palace Theatre. Data collected was used to calculate a theoretical ground-borne noise figure from specific tunnelling activities in decibels. An agreed ground-borne noise trigger level was set, enabling certain tunnelling activities to continue during performances and rehearsals. In the event of a complaint being received, the data provides a robust record to assess measured noise levels against tunnelling activities to investigate the complaint and verify its validity. This system has ensured that we can meet the needs of the project in terms of safety and programme delivery, whilst at the same time ensuring that the theatres are able to continue delivering a consistent experience for their customers.”

You can find out how the team addressed the challenges of the project, as well as reading about a small selection of Taylor Woodrow Bam Nuttall JV’s examples of best practice, by clicking on the sliders below: