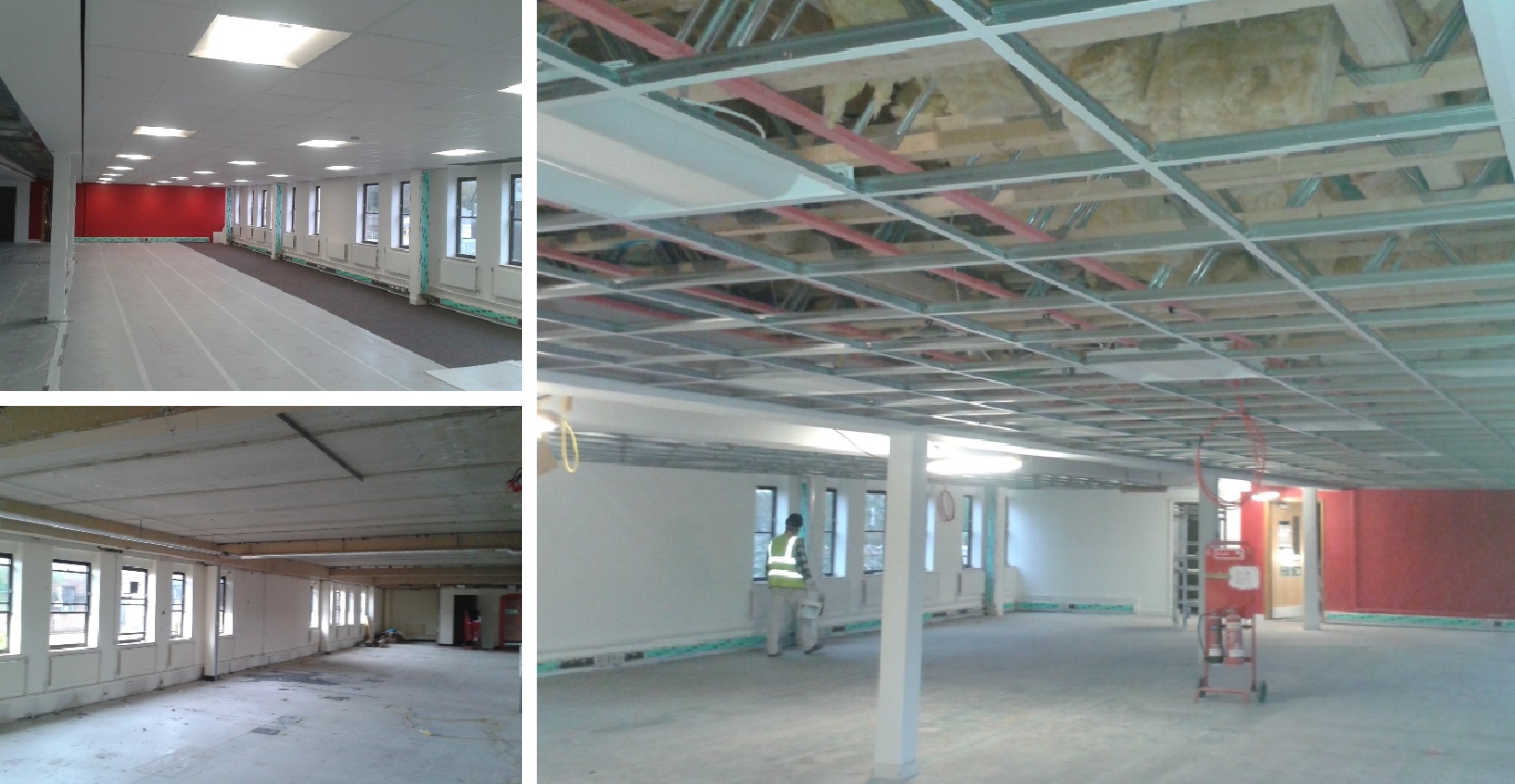 Pydar House is a 1980s five-storey office building in the centre of Truro which required modernisation while being partly occupied. Purchased by Cornwall Council from the Department for Environment, Food & Rural Affairs (DEFRA), the building is located in a busy area, bounded on three sides by a public highway and neighbouring properties. These include Truro Police Station, Cornwall Crown Court, public car parks and numerous residential properties. It was also located next to a conservation area.

“The objective was to create a facility that complied with Cornwall Council’s modern working initiative, which consisted of large open plan areas with tea points and separate meeting areas, whilst incorporating exposed concrete soffits to assist in regulating the temperature.

“The project primarily consisted of works to the interior of the building, carrying out a phased soft strip of existing ceilings, partitions and floor finishes, as well as selected M&E services, whilst keeping the existing building occupants within their designated areas of the building. A number of improvements have also been carried out externally to improve the aesthetics, security, maintenance and accessibility of the building.”

The project was split into two phases of work which enabled the building to be occupied by the client at all times. During the first phase of the project, the building accommodated the Department of Work & Pensions and Cornwall Development Company as tenants, as well as Cornwall Council’s Property Services Department.

However, as each tenant’s lease expired, they relocated, allowing further work areas to become available. Once the first phase of works had been completed, Cornwall Council’s Property Services Team relocated into this area, allowing the remaining areas of the building to be released for refurbishment.

The requirement for continual occupation of the building created many challenges, particularly in relation to privacy, noise, dust, accessibility, fire and M&E (Mechanical and Electrical) services. Commenting on the challenges of the project, James said:

“The original contract duration was 61 weeks, however during the initial soft strip operations, it was identified that the fire encasement of the structural steel frame was unacceptable and that the fire compartment walls were compromised.

“Midas worked closely with the Client Team, and our directly appointed designers and specialist supply chain members to agree specifications and construction details which would resolve these issues. This, along with some other Client variations, has resulted in a requirement for an additional 21 weeks on the contract duration.”

You can find out how the team addressed these challenges, as well as reading just a selection of best practice examples implemented by Midas Construction Ltd, by clicking on the sliders below: