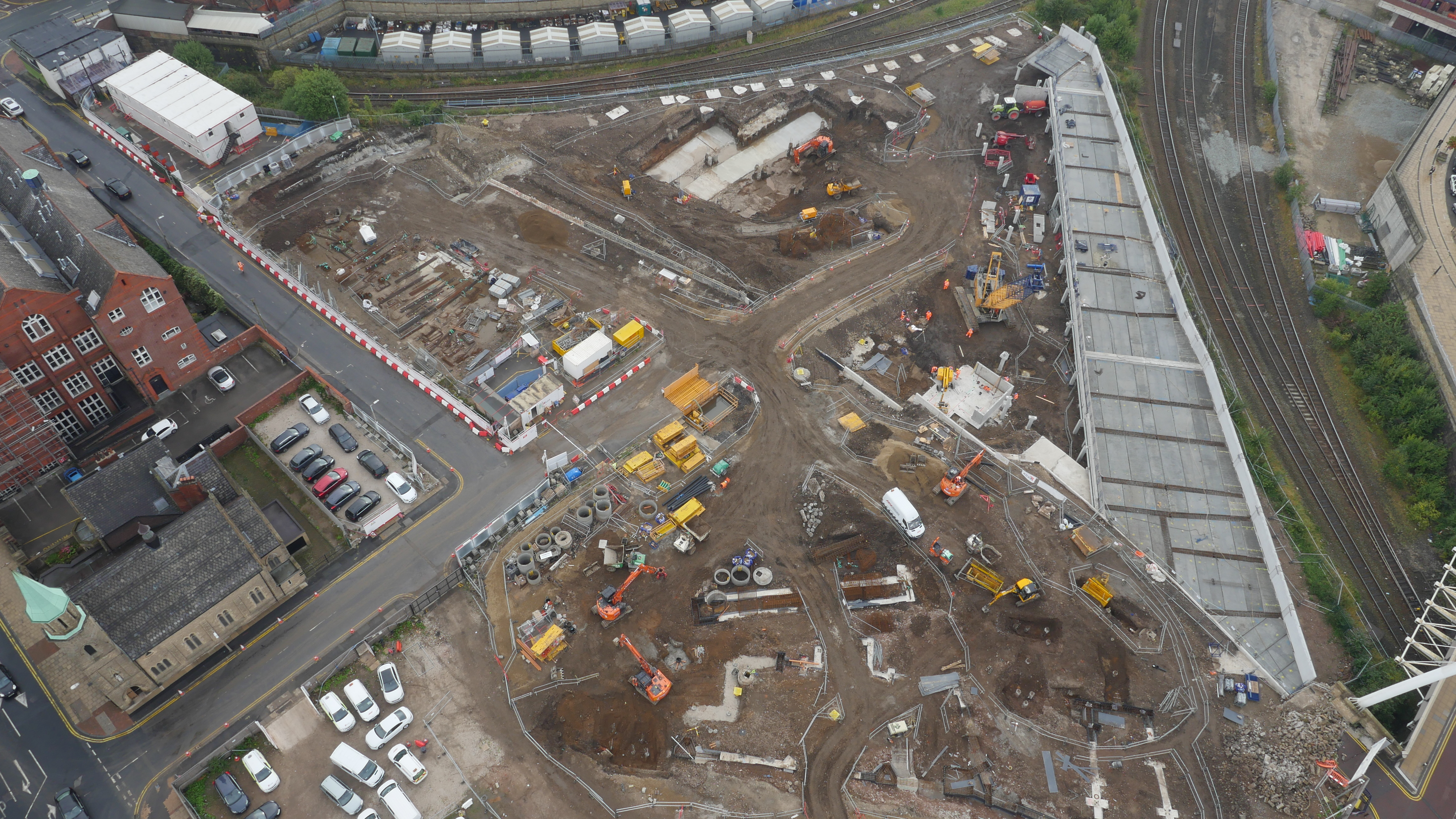 The £25million development of Bolton town centre will include new retail and office outlets and a newly configured transport network.

Working on behalf of the client, Transport for Greater Manchester (TfGM), Kier Construction is redeveloping the road and pedestrian system and creating a bus and rail interchange complex, complete with retail outlets and office space.

The construction is taking place on a brownfield site that previously comprised of car parks and retail units. The new facilities will allow for local buses to enter the site, and passengers to embark and disembark, before following a one way system out of the station and onto the newly designed roads near to St Patrick’s parish church. The interchange will also encompass retail outlets, shop-mobility facilities, offices and a pedestrian bridge linking the train station to the new bus station.

“One of the many benefits of Scheme Registration is that it helps to provide a focus on the local community as a whole, aiding us in considering our neighbours and local businesses at all decision stages. For example, we are constantly ensuring that the local flats and apartments have access to their car park at all times when organising site deliveries and drainage works.

Another example was when we were asked by the residents in the local flats if we could salvage and donate fencing panels that were on the site. In support of local businesses, we advertise the local cafes in our inductions and use the local independent cafes to cater for business lunches and so on.”

An additional benefit of registration for the Kier Construction Northern team has been the use of the Scheme’s Best Practice Hub, with the Bolton Interchange team regularly consulting the Hub and reading the Scheme’s ‘Spotlight on…’ campaigns to enhance registration and demonstrate the highest possible standards to staff.

One of the main challenges encountered with the project was the extremely busy location and close proximity of the site to the local parish of St Patrick’s and the flats across the road, as well as nearby train stations.

Here are some examples of best practice initiatives carried out by Kier Construction Northern: