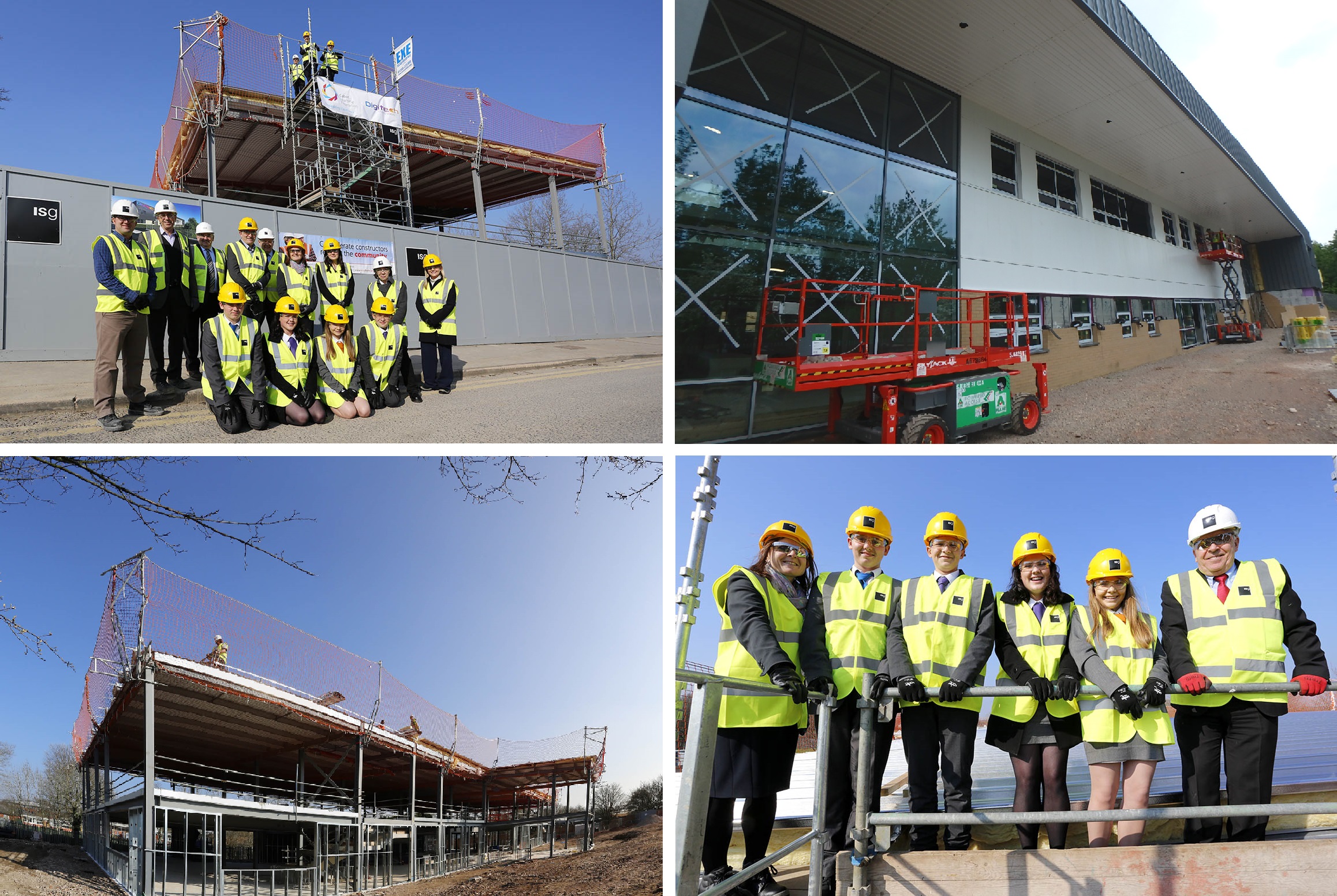 Digitech Studio School is an EFA (Education Funding Academy) financed project to provide a new teaching facility for The Cabot Learning Federation in Warmley near Kingswood in Bristol. This specialist STEM (Science, Technology, Engineering and Mathematics) school will cater for young people aged from 14 to 19.

“The school will enhance the curriculum offered to students in South Gloucestershire, improving their employability skills to prepare them for careers in the growth of high tech and creative digital sectors. The initial phase of the project involved the demolition of a redundant teaching block to pave the way for construction of the new school.

“The new facility encompasses approximately 2000 square metres, over two floors, with a range of teaching facilities that include workshops, media studios, science laboratories and general teaching spaces. In addition, there is a library, cafe and small theatre. The project build duration is 46 weeks with a handover scheduled for early October. The school will be decanting from the existing facility and occupying the new premises during the autumn half term period.”

Explaining how the project team incorporated the requirements of the Scheme into its working practices, Chris said:

“The Scheme has undoubtedly improved the image of construction since its inception, in particular in relation to the image of small to medium sized contractors. Registering with the Scheme is an easy and effective method of demonstrating a commitment to continual improvement.”

One of the challenges encountered by the project team during the work was the location of the site which was within the confines of a secure school campus, incorporating two secondary schools, a pre-school nursery, leisure centre with outside sports fields and a catering company.

At the entrance to the campus on Tower Road North is the Warmley Park School which caters for children aged from 3 to 19 with severe learning difficulties. The challenges were to ensure that construction-related activities did not disrupt the day-to-day running of the campus, or inconvenience students, staff, parents and visitors, while maintaining the construction programme within the set targets.

You can find out how the team addressed these challenges, as well as reading about just a few of the many examples of best practice implemented by ISG Construction South West by clicking on the sliders below: