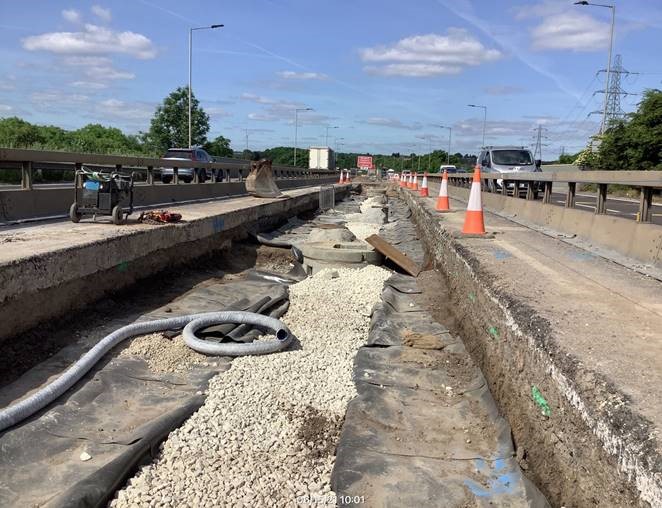 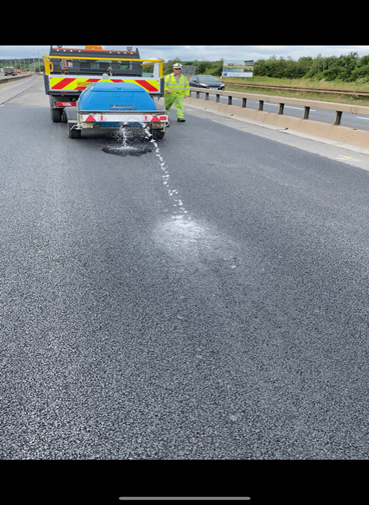 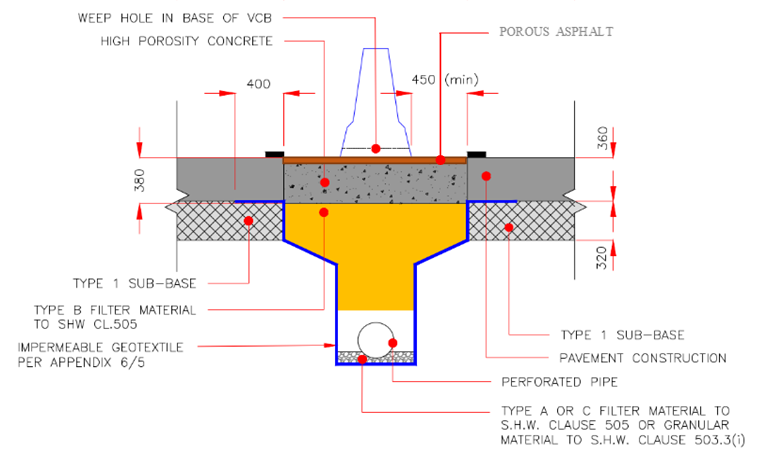 An existing two lane dual carriageway was widened to three lanes in both directions, by borrowing space from the central reserve and both verges. Space constraints during construction led to the implementation of a porous asphalt-concrete filter drainage system which allowed an additional lane of traffic to run over the central reserve whilst both verges were constructed. A requirement of the scheme was to maintain two open lanes of traffic in both directions at all times.

The central reserve drainage system comprised of a perforated concrete pipe sat in a Visqueen lined trench filled with filter media. At the top of the trench, 340mm of Cemex Permaflow permeable concrete created the road foundation. To create a trafficable surface, the central reserve was topped off with 40mm of permeable Aggregate Industries SuperDrainasphalt AC 10 surf PMB Hst.

In situ hydraulic conductivity testing showed the combined system was capable of draining the road surface at a rate of approximately 0.5L/s.

The central reserve will be trafficked for over a year and is expected to perform well even during winter months, but the system will eventually be replaced by road gullies and as such will not form the permanent drainage in the central reserve.

Construction sites are known to be a danger even to those that are not working on them. It is vitally important that all risks to the local community are considered with appropriate plans in place. Particular care must be taken for child safety at all times. Operatives will have a certain level of appreciation for general safety practices but members of the public may not. The display of safety signage is to minimise and hopefully eradicate potential accidents.