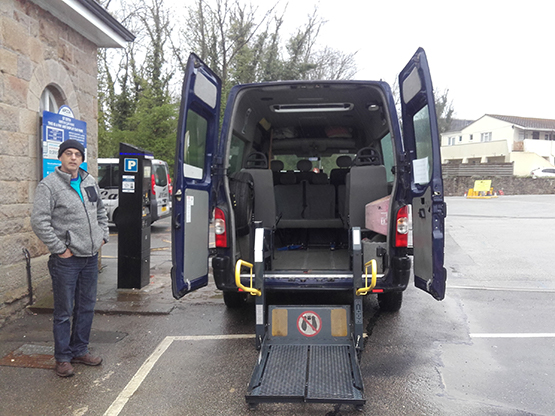 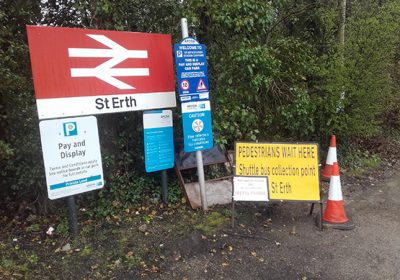 To accommodate construction works out on the main road on the St Erth Multi-Modal Hub contract, Wills Bros foresaw an issue as part of the works planning which would block the public from accessing public transport and developed a plan to ensure the public weren’t inconvenienced.

The Drainage Works along Station Approach into Treloweth Lane were taking place at night. The Temporary Traffic Regulation Order (TTRO) allowed for the road to be shut from 1900 – 0700hrs.

While advantageous for the works, this caused an issue for any pedestrians wanting to reach St Erth Village from St Erth station as the local bus service was discontinued a number of years ago leaving the only possible diversion by foot taking approximately 5 miles extra.

After consultation, WBCEL took the decision to employ a shuttle bus service to cover both ends of the road closure. The site team hired a mini bus shuttle from a local firm, with a driver that had wheelchair access and also room for bicycles if needed.

WBCEL placed signage at both the station and out on the road asking for passengers to wait there and to call the number if the bus was not present. As an outcome of this initiative, WBCEL received numerous compliments for putting on this service, including one commuter who regularly gets the shuttle at 05:30hrs to get his train at around 06:00hrs and then his return journey at 19:30hrs.

The project PLO kept in regular contact with this gentleman to keep him informed of any changes to the works programme and to let him know if the road closure is on that night. The shuttle averaged around 14 commuters per night which provided an invaluable service.