The Ribblehead training tool has been developed to take to schools and universities with the intent of problem solving and to demonstrate how to reduce risk. The Ribblehead viaduct was an investment by Midland Railway and was designed to carry the Settle–Carlisle railway across Batty Moss in North Yorkshire.

The viaduct necessitated by the challenging terrain of the route was designed by John Sydney Crossley, chief engineer of the Midland Railway, who was responsible for the design and construction of all major structures along the line. Construction began in late 1869 and needed a large workforce, up to 2,300 men, most of whom lived in shanty towns set up near its base. Over 100 men lost their lives during its construction and many are buried in unmarked graves, in what became a gradual mass grave in the nearby churchyard of Appleby.

The idea is to inject some reality into the education process, by not talking about theoretical numbers and in fact using the names of those who lost their lives, as the students with a modern approach, manage the risks. The model stands 2200mm long, stands 230mm high and comprises 440 separate component parts made of a high-quality joinery grade birch plywood.

The scale of it allows it to be set on a baseboard on a row of desks which can accommodate six to eight students. There are instabilities built into the design and when there is a collapse, the students will discuss how many were killed and injured, and they shall analyse what went wrong, and how to manage that problem in the future

View all entries by Samantha Butterworth 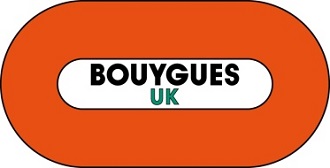