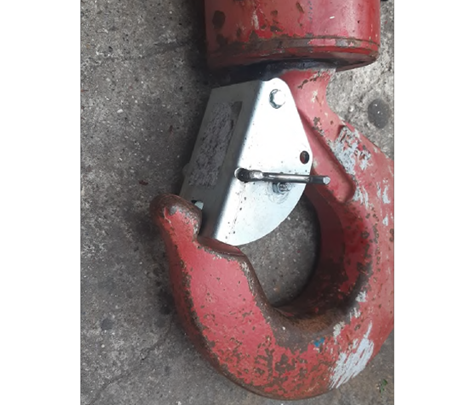 There was an incident on another construction project where the hook lost connection with the chains and the load dropped. We wanted a way that would not only prevent this from happening, but also had an extra facility to stop it from occurring again.

We implemented a system that meant the slinger pulls a lever down to unlock which then allows the catch to open. Once the chains have been placed onto the hook block the catch is then released and the leaver will automatically lock the catch off again. The latch is then double checked by the slinger to ensure it has locked properly before putting the crane into use.

This method was preferred by the slingers than the previous method of putting in a pin, which allowed an element of human error or slingers forgetting to do it as its not what they are used to. The install of the pin was quick and easily implemented and was picked up quickly by the slingers. We have had very positive feedback from the slingers on site.

View all entries by William Smith