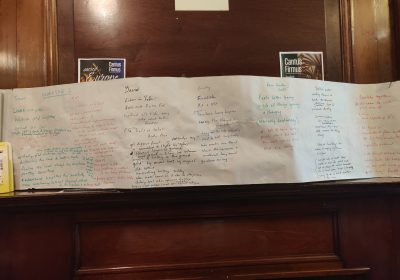 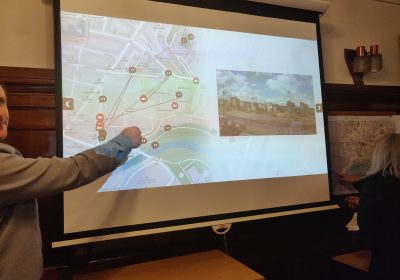 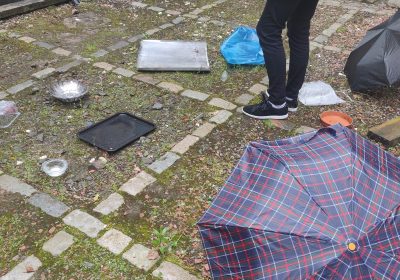 The team from Multiplex’s University of Glasgow project participated in workshops facilitated by researchers from the University which looked at the rain gardens that will form an important part of the campus redevelopment’s future infrastructure. The rain gardens are a sustainable urban drainage system which have been designed to treat storm water run-off.

The first workshop, which was organised with the researchers and subcontractor Careys, explored ideas such as everyone’s relationship with the site, how they felt about the changes, and their relationship with the land and water. The Multiplex team also took part in ‘mobile interviews’, which consisted of leading a guided walk around the University campus with one of the researchers whilst having discussions about the site in order to create a walking, talking story map of the site. A final workshop was held with the researchers and various internal and external stakeholders involved in the project including University staff, local residents and people who work in the local area. This involved discussion and play with water including the construction of a scale-model rain garden to see how it held up against a flow of water.

The workshops have been positively received by all involved and were successful in their mission to raise awareness and educate on issues such as sustainable drainage and biodiversity, climate change and flooding and strategies to mitigate effects of increased rainfall events. It was also a highly immersive approach to stakeholder engagement which could easily be replicated on other projects to further stakeholder upstanding of the often hidden role that infrastructure plays to enable developments.

Entries by this author 9

View all entries by Kirsty Cuthbertson