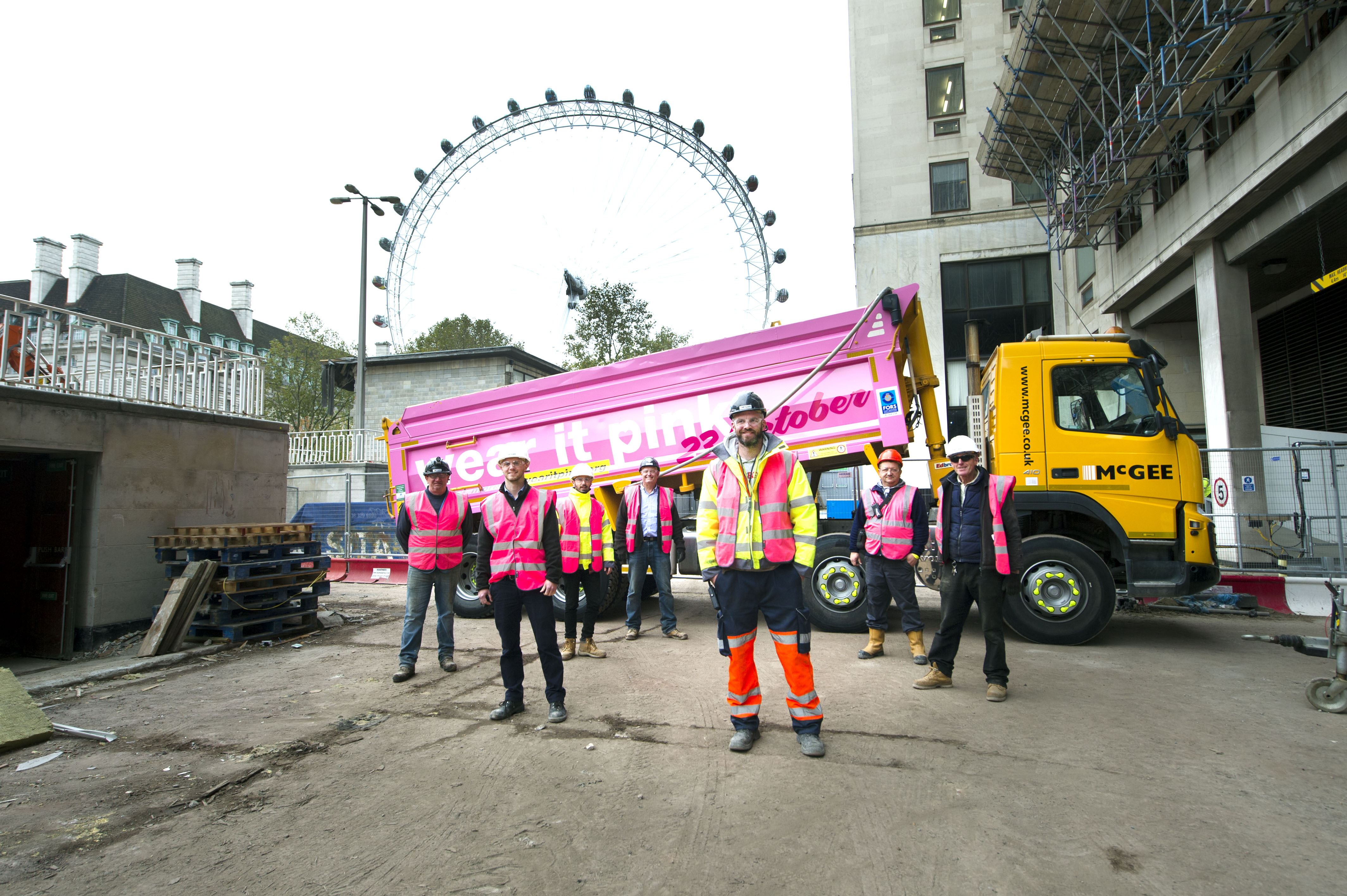 19th – 23rd October 2015, McGee employees joined hundreds of thousands of people across the country and helped to make wear it pink 2015 even bigger and brighter than the last. As part of McGee’s continued support for the annual campaign, a grand total of £5,330 was raised for Breast Cancer Now.

Involving more than 800 staff, subcontractors and main contractors, a cascade of pink extended across thirteen construction sites in London – from Southbank Place, Commonwealth House and TV Centre to 20 Grosvenor Square and Leicester Square (and many more!) – employees swapped their usual yellow high visibility vest for a wear it pink branded vest for an entire week in aid of raising as much money as possible.

Site offices were dressed for the occasion too with pink posters, balloons and bunting. Employees also took part in some cake baking – and eating – to help raise some extra money.

On wear it pink day itself, 23rd October, not only was McGee’s fundraising efforts in full swing, a wear it pink themed Exchanging Places event was held at St Paul’s Cathedral. Involving the City of London Corporation and City Police, the event quickly gained attention from passers by as awareness was raised of Cycle Safety and wear it pink.

View all entries by Emma Attwood