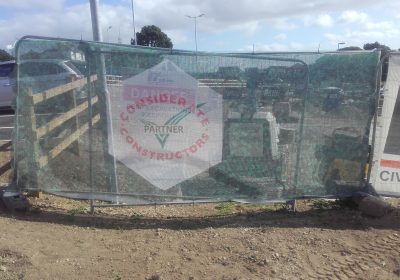 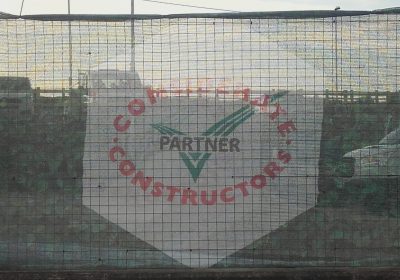 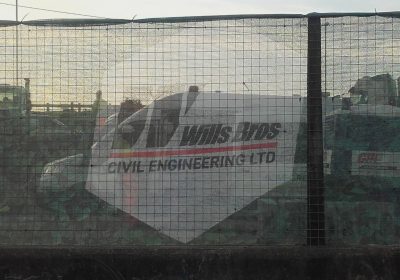 Wills Bros have explored different ways of improving the appearance of the site boundaries on their St Erth Multi-Modal Hub project.

Hoarding around the site perimeter was explored as an option but this was considered to be too cost-prohibitive for the short duration it would be erected.

Taking inspiration from other construction sites where patterned hoarding has been used to improve the appearance of sites to the public, patterned debris netting was determined to be a cost-effective option.

Wills Bros utilised their company Graphics Designer to develop a print which incorporates a hedging motif for the background with the logos of Wills Bros and Considerate Constructors Scheme displayed in front.

“We have come through the most difficult stage of site clearance in terms of appearance of the site, making one area of the project, which once was a car breakers yard, into a new carpark. The addition of the printed debris netting has most definitely enhanced the image of the site”.