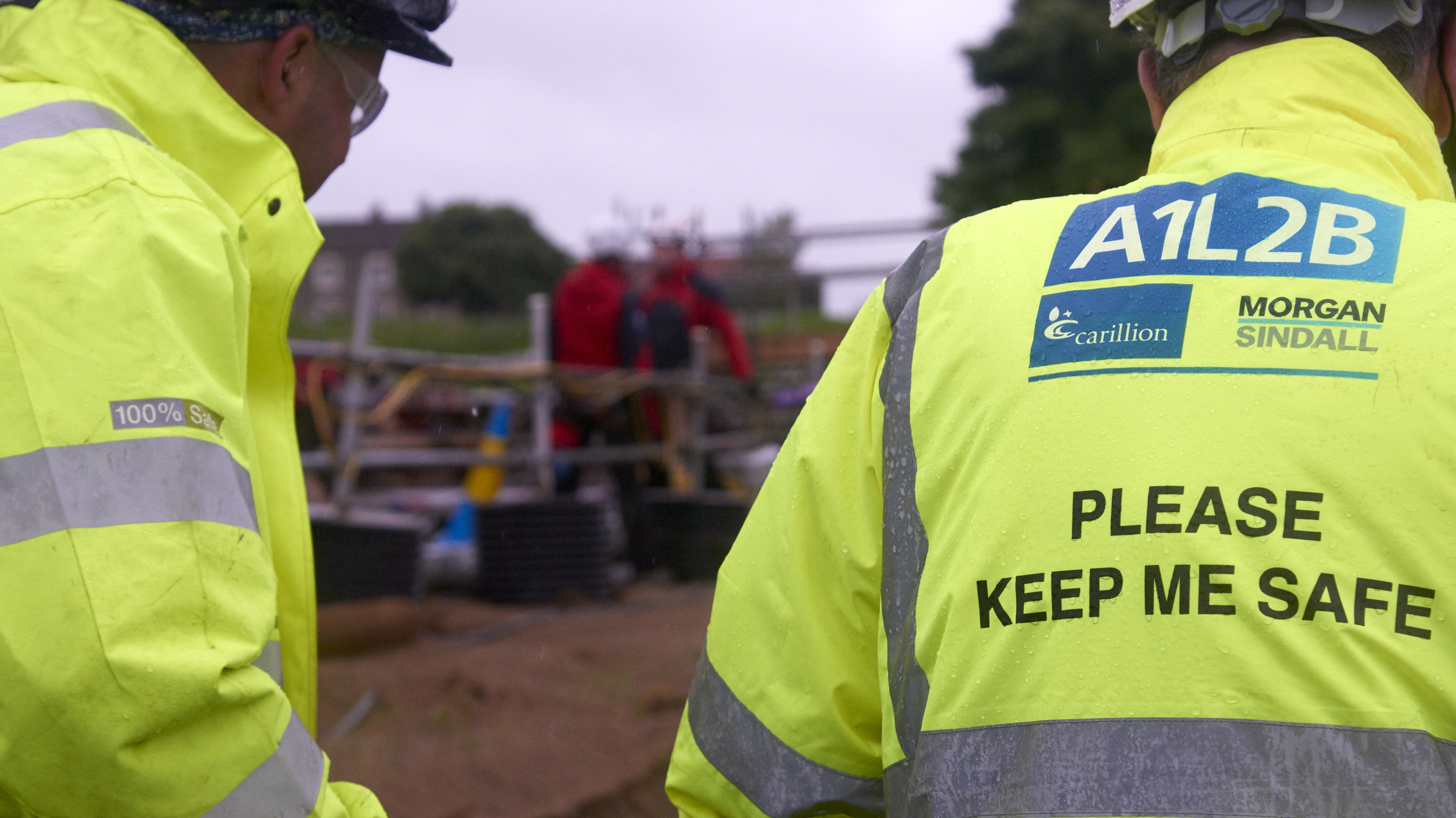 On the 25th May, the A1 Leeming to Barton project played host to the North Yorkshire Fire and Rescue service, along with the Swaledale Mountain Rescue, to stage a rescue exercise.

As part of this staged event, a scenario was role played whereby a MOP had come through the Vehicle Restraint System striking the scaffold that is currently being used to construct the west abutment of Fort Bridge.

The scenario resulted in two injured individuals falling and becoming trapped. The individuals in need of rescue were named Craig and Ondrej (two members of the project team) for the purpose of this exercise.

The exercise was attended by 2 fire engines fully crewed who then abseiled down the reinforced earth embankment to gain access to the injured and administer first aid.

As the exit route was not secure or safe, the decision was made to employ the Mountain Rescue team to remove the individuals on stretchers. Lessons were learned by both sides and the exercise was an outstanding success and both “Craig and Ondrej” had their lives saved.

“Well done to everyone involved , it is great to see innovative ways of engaging with local communities. These initiatives truly do change peoples lives and we are proud to support such inspirational events“