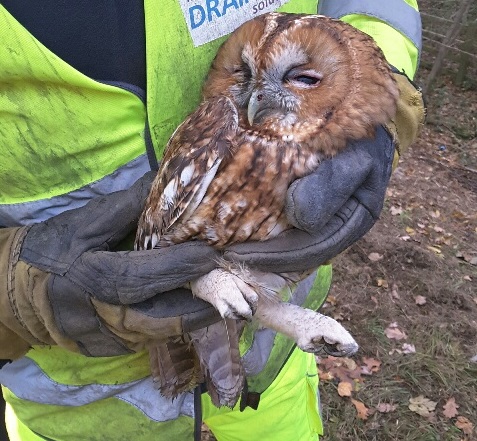 During some recent works on the M18 and M180 project to renovate 40,000m of drainage ditches and 100 culverts as part of a motorway capital renewal scheme, our site team discovered an injured Tawny Owl in a culvert near one of the motorway drainage ditches. Although still clearly alive, the owl was motionless and had suffered damage to its eye and limbs.

The site team cared for the injured owl and made contact with the local RSPB sanctuary at Black Tofts in Goole. The owl was recovered by the RSBP to its nearby sanctuary and reports a few days later confirmed that the owl is doing well and is expected to now make a full recovery.

This is a fine example of our site team responding to the developing needs around them and respecting the surrounding environment as part of our works. Our site team’s approach in this matter was also recognised by the client during some project feedback.

Entries by this author 40

The Registered Activity must prioritise environmental issues to protect the natural environment and minimise negative impacts.