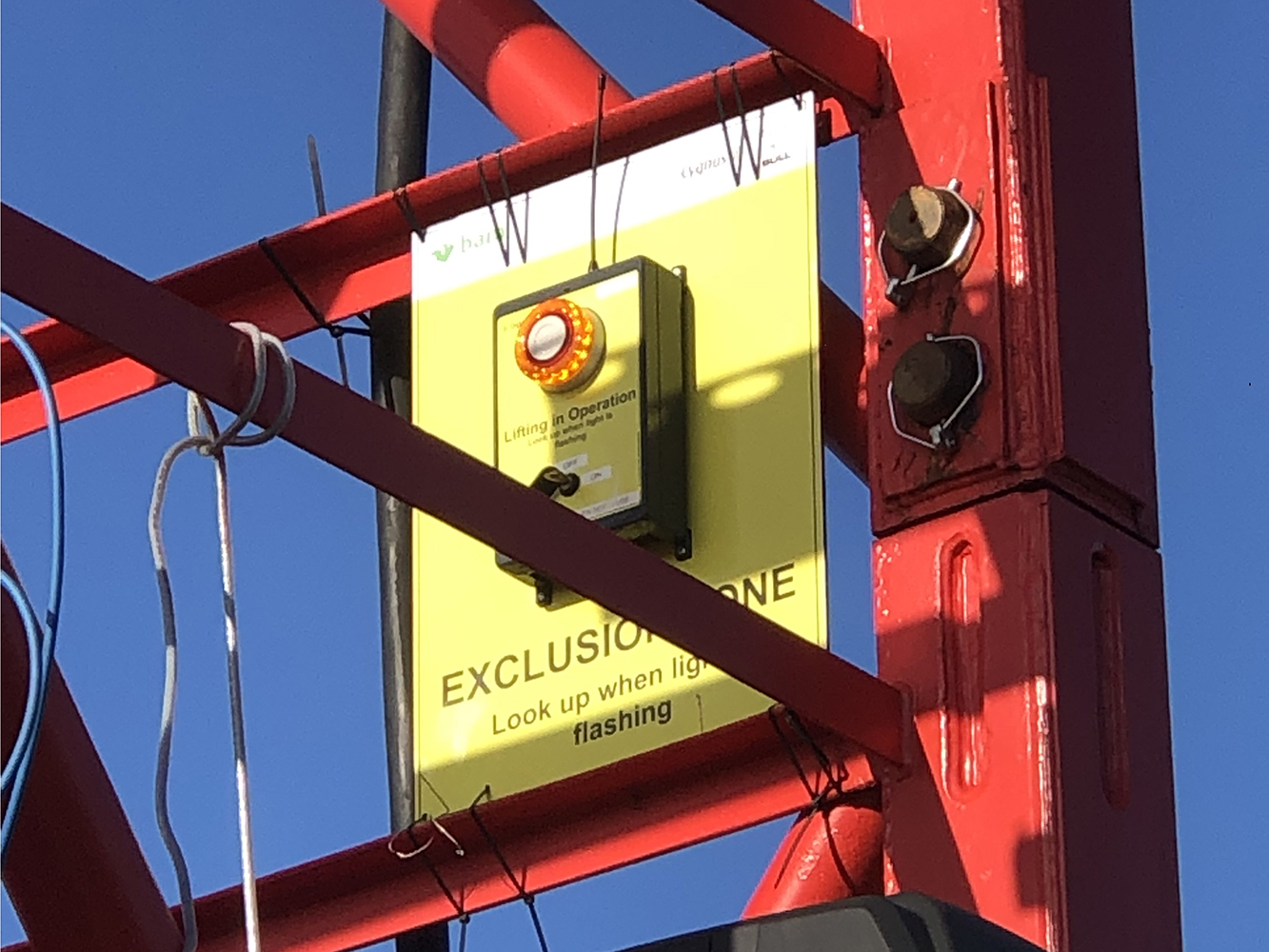 As the Tower Cranes (TC) became increasingly busy and the concrete frame was growing, it was becoming more apparent the traditional sounder methods used by the slingers, were not meeting the safety needs and an alternative was needed to make the operatives aware a lifting operation was occurring.

The squistle was not loud enough and encouraged repetitive hand motions for the slinger; the traditional whistle was also not loud enough and had hygiene issues; the electric whistles were not loud enough to cover the whole area and costly to replace when they went missing. As a lifting exclusion zone could not be accommodated on site, due to incredibly tight, logistical constraints, a solution was needed which would grow with the building and alert all operatives in the area.

BAM first approached Bam Plant and the crane supplier, HTC, to see if there was something already on the market. There was nothing with both a sounder and light and so started months of working with Bam Plant to create a bespoke lifting alarm with flashing beacon. Bam Plant liaised with Bull to merge a sounder into the flashing beacon and they then worked at linking a fob to the system.

The prototype that was produced was approved and so 4 units were commissioned. The units would link together in whatever format was required. As BAM had 2 TC’s, they wanted 2 beacons to each crane. The fob was synced to the relevant sounders – which would not interact with the other.

After consultation with HTC, they were placed on the tower of the tower crane, and would raise up the tower as the building level rose. As the system was being used, BAM realised more than one fob would be needed as there were multiple banksmen and Bam Plant were able to send more fobs down and link them to the relevant crane.

The benefits are it increases the awareness to the site operatives that a lifting operation is taking place when an exclusion zone cannot be accommodated;  increases the area the sounder can reach and reduces repetitive hand movement to the slinger by using a push-button fob.

Entries by this author 345